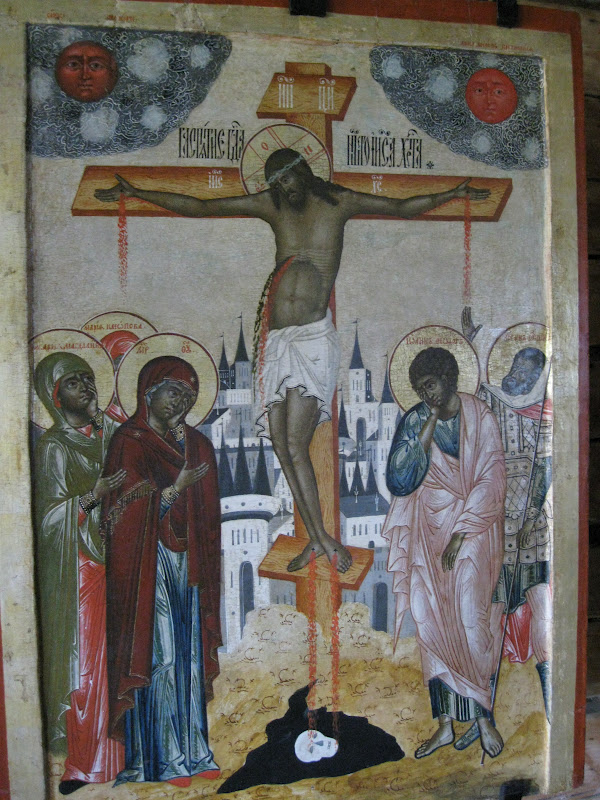 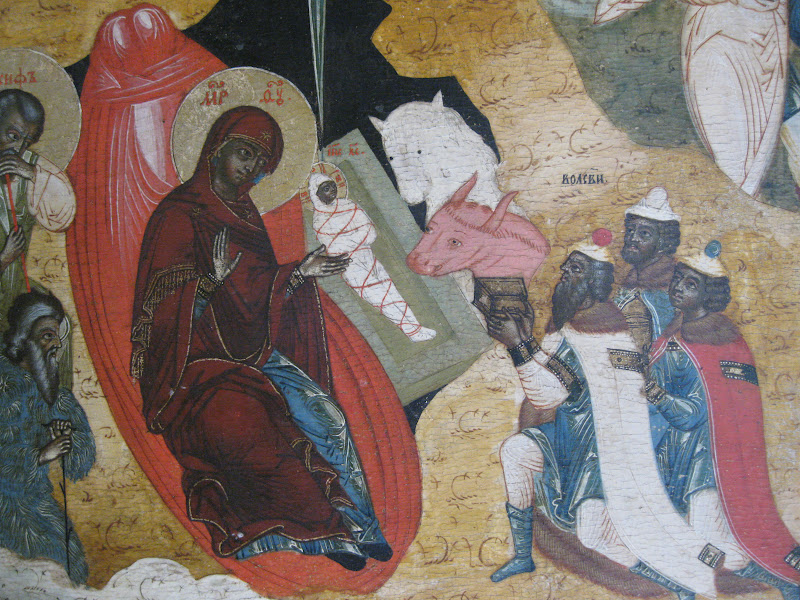 Racism was a sick invention of the European ruling class, to divide and control the Muurs.

So-called whites, I rather albino-ids, were slaves in their own country from creation until the years 1777 to 1848. These years were marked by huge European based slave wars which the historians of today call the social revolutions. read more

Rome was originally a plantation colony
of Carthaginian black Lords
owned largely by Baarka family
and the Nigrinus family of Carthage.

It is true that the governors,
freemen and the slaves of Rome rebelled
against Carthage
and won its independence
in the two famous Punic wars.
Which is why you find so many North African
Roman Emperors, and high officials
in Roman empire. read more

From the pen of Noble Muur Seba Demani:

Why is St Patrick Day so important to the Irish?

The story of St Patrick is one of Christianity’s victory over Celtic traditional religion, which was a form of religious expression that retain many Afrikan elements. Why do I say Afrikan elements, for two reasons: we know their religious practices contained Nature worship; there existed many deities that were communicated with through rituals; the use of sacrifice was fundamental, animal and supposedly human; they believed that the soul survived death; reverence for the sun; and they believed in reincarnation. (Often the Celtic religion is refereed to as Druidism, named after their priesthood and religious leaders.) And all these ideas can be found in traditional Afrikan spirituality. You say, well, they can be found in the spiritual beliefs of other people as well, and I would agree. However, we know that the Afrikan phenotypes were still present, perhaps even dominant, among the early Celts because the Greek historian Ephorus of Cyme (c. 405 BCE) reports that the Celts were Blacks or Ethiopians, and the Roman senator and historian Tacitus wrote in 80 AD, that many of the Celts and Picts were as dark as Ethiopians. It is interesting that Ephorus and Tacitus writing nearly 500 years apart both describe the Celts as Ethiopians. Now this is not what we envision when we thinks of the Red-haired white-skinned Irish. But both linguistic and genetics supports the claims of these two ancient writers. read more

The exhibit, Celebrating the Season: Icons of Saint Nicholas, will place eleven Saint Nicholas icons together in the upper South Gallery on display to the public for the first time, including the first icon acquired by museum founder Gordon Lankton in 1991. read more

This painting depicts the forty Roman soldiers who were martyred for their Christian beliefs in the fourth century by being forced to stand barefoot in a freezing lake. One of the soldiers recanted and entered a shelter on the lakeshore. A tormentor, impressed with the faith of the remaining thirty-nine, removed his clothing and joined the martyrs. Above the figures hover Christ and the crowns of martyrdom. read more 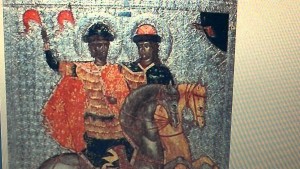 Emperor Constantine, Black Roman Emperor sitting on his throne with his Bishops.

Above and below you will find paintings of the original council of Nicea and the persons who sat on it. read more 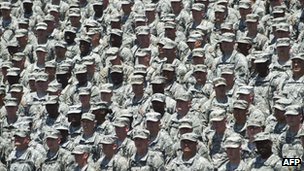 US military suicide rate hits one per day

As of 3 June, 2012 active-duty suicides reached 154, compared with 130 in the same period last year, the Pentagon confirmed to the BBC. read more