The Royal Family that runs England. Here is the Queen of England’s cousin, Prince Edward.

Prince Edward, Duke of Kent, is the “Most Worshipful” Grand Master of the United Grand Lodge of England (UGLE) & First Grand Principal of the Supreme Grand Chapter of Royal Arch Masons of England: read more

MLK: Homosexuality A
‘Problem’ With A ‘Solution’

This past week America honored both the life and noble work of the Rev. Martin Luther King Jr., a Bible-believing Christian minister who did more to advance the cause of race-based civil rights than perhaps any other person in recent history.
Regrettably ­ and as they do each year ­ the same flock of opportunist “LGBT”-activist vultures quickly swooped in, picking the live flesh from MLK’s character-based “dream,” to advance their own behavior-based nightmare.
In what amounts to a sort of soft racism, this mostly white left-wing faction has, over the years, disingenuously and ignobly hitched its little pink wagon to a civil rights movement that, by contrast, is built upon the genuine and noble precepts of racial equality and humanitarian justice.
What was MLK’s position on the homosexual lifestyle and so-called “gay rights”? While he said little in public on the issue, what he did say made his viewpoint abundantly clear. Unlike the “LGBT” lobby, I’ll let Dr. King speak for himself.
In 1958, while writing an advice column for Ebony Magazine, Dr. King responded to a young “gay” man looking for guidance. To avoid being accused of “cherry-picking,” here is the exchange in its entirety: read more Britain’s Prince Michael, cousine to the Queen of England is the Provincial Grand Master for Middlesex and Grand Master for The Mark Mason (an additional order of masonry). Here he is pictured as he arrives at St Paul’s Cathedral in central London, June 18, 2002 (Reuters) read more 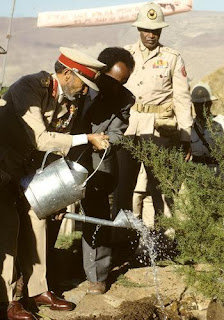 Was Phoenician sport the foundation of the Olympic Games?

I In the light of archaeological Excavations

In Amrit, on the coast of northern Phœnicia, we have uncovered a Pheoenician STADIUM, dating at least from the XVth century BC. The town’s temple, a typical example of Phoenician temples, is found 200 m. from the stadium.
This stadium measures 225 m. long and 30 m. wide. Its topography is identical to that of the stadium at Olympia. The area of Amrit has been cited under the name of “Mrt” and “Amrat” in Egyptian texts (XVth century BC) and of “Marathus” in classical scripts. It is certain that there are only very old Phoenician remains in Amrit and no Greek or Roman monuments.
In Tyre, the first archaeological excavations showed sports grounds of the Hellenic and Roman periods as well as traces of Phoenician sports grounds.
Palaestra and Gymnasium (Hellenic These two monuments coincide with the topography and the measurements of the palaestra and gymnasium of Olympia, dating from the III-IIth centuries BC. It can very easily be established that the Hellenic palaestra of Tyre was built on the remains of a much older palaestra, which appears to be Phoenician.
The gymnasium is found about ten metres away. This monument with a double porch about 200 m. long and 11 metres wide, was originally a covered hall, as in Olympia, and was used by the stadium runners (192,27m.) for training when it rained or was very hot.
The Roman baths, built later, are found in this gymnasium.
In the period of the Greeks, the palaestra was the exercise place for wrestling, boxing and the jump, while the gymnasium was used for running and discus and javelin throwing.
The games of the gymnasium and palaestra were not common in Roman times, said Vitruve (1st century BC).1
They replaced them with the amphitheatre ceremonies from which the gladiators and animal fighters evolved. The amphitheatre, together with the circus, was the high-place of popular and sports festivals during the Roman period.
Circus (Roman period) The circus is found some 1500 metres from the gymnasium with an “Arc de Triomphe” and Roman tombs at its entrance. If Tyre had been affected by the Roman period, we have not found evidence of an amphitheatre up till now, which should not be far from this circus. The sport complexes of Roman games usually centred on the circus and amphitheatre.
II. In the light of texts and inscriptions read more 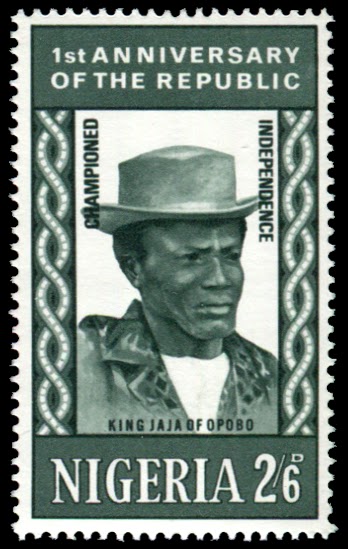 This is an OLD PICTURE, probably from the 50’s, of the COTTAGE at FORT CHARLOTTE that KING JAJA of OPOBO LIVED for a while.

KING JAJA was the IGBO KING, from the REGION now called NIGERIA, who was EXILED by the BRITISH to MAINLAND St. Vincent in 1888. read more

An extract from a speech given by Tanzania’s founding president, Julius Nyerere (pictured right), in the Ghanaian capital, Accra, on 6 March 1997 on how he saw African unity in the 21st century. read more