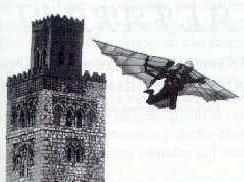 The Muur who could fly: Aviation science:

Ibn Firnas was a black berber, a Muur born in Spain in 810 AD. He was born in Izn-Rand Onda

The down side of prescription drugs

…a growing number of Britons are dependent on legal drugs, prescribed by their doctors, with a grip as unforgiving as that of their illegal counterparts. It is a problem that cannot keep being ignored. read more

The U.S. Geological Survey said the earthquake was more than three miles deep and struck near Mineral, Va., a city in central Virginia about 83 miles from Washington, D.C. The area is known for its seismic activity, but does not generally produce large earthquakes. read more

Origin of the Albinoid/Caucasoid Race of Europe

In a report in today’s issue of the journal Science, a research team led by Frederick E. Grine of the State University of New York at Stony Brook concluded that the South African skull provided critical corroboration of the archaeological and genetic evidence indicating that humans in fully modern form originated in sub-Saharan Africa and migrated, almost unchanged, to populate Europe and Asia. read more