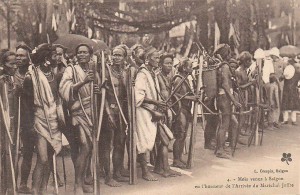 Walter Ashby Plecker was unassuming in appearance: a small-town doctor whose penchant for number-crunching earned him the position of registrar in Virginias Bureau of Vital Statistics in 1912. But appearances were indeed deceiving. With Plecker at the helm, the bureau went on an all-out war against “amalgamation”. read more