Origin of the Albinoid/Caucasoid Race of Europe

In a report in today’s issue of the journal Science, a research team led by Frederick E. Grine of the State University of New York at Stony Brook concluded that the South African skull provided critical corroboration of the archaeological and genetic evidence indicating that humans in fully modern form originated in sub-Saharan Africa and migrated, almost unchanged, to populate Europe and Asia.

Dr. Grine and his colleagues said in an announcement by Stony Brook that the skull was the first fossil evidence “in agreement with the out-of-Africa theory, which predicts that humans like those that inhabited Eurasia should be found in sub-Saharan Africa around 36,000 years ago.”

Ted Goebel, an anthropologist at Texas A&M University who was not connected to the research, said the skull opened the way to important insights about “the missing years of modern humans.”

Writing in an accompanying commentary in the journal, Dr. Goebel said, “Here is the first skull of an adult modern human from sub-Saharan Africa that dates to the critical period, and one that can speak to the relationship of early moderns from Africa and Europe.”

The new findings pivoted on fixing the skull’s age. When it was uncovered in 1952 near the town of Hofmeyr, South Africa, the cranium was almost complete, but the bone was degraded. Not enough carbon remained for scientists at the time to extract a radiocarbon date.

Using new technology, Richard Bailey and other researchers at the University of Oxford measured the amount of radiation that had been absorbed by sand grains that had filled the braincase since its burial. They calculated the yearly rate at which radiation had collected in the sand and checked this with data from a CT scan of the bone. In this way, they determined that the Hofmeyr skull belonged to a human who lived 36,000 years ago, plus or minus 3,000 years.

Here is a monkey’s skull: 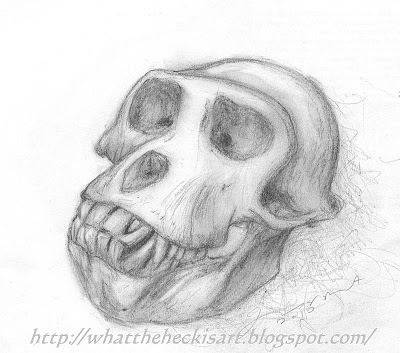 Here under is a set of human skulls:

Modern Caucasian skull has different nose bridge, different crown, different facial brow, different jaw bones than all the other skulls below, which appear more similar to each other: 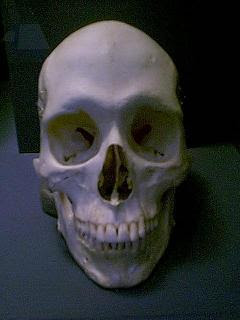 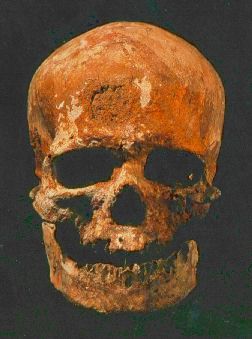 The Africans built Europe in the pleistocene times, up to the neolithic times, right down to the iron ages. Afro-Europeans originally from East Africa and West Africa were still in Europe even at the time of the rennaissace, known then as Muurs/Moors. Some of them became depigmented, similar to the Sudanese boy in the picture above. Many cases of depigmentation were a result of mixing in with genes of Albinoid/Caucasians from central Asian steepes.

Added to millenia of disconnection from home, viola… today the modern European!

Point of correction: … some of them only, some of them, because, some modern Europeans still have roots yet to be explained.