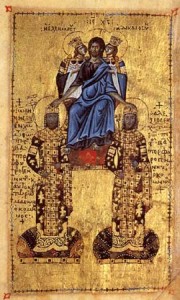 The Latin historian William of Tyre described John as short and unusually ugly, with eyes, hair and complexion so dark he was known as ‘the Moor’.

John was also known as Kaloï?ann?s, “John the Good” or “John the Beautiful”.