Moor is a word most misused in the English language of today. It is understood by the superficially educated as a reference to the Muslim conquerors of Spain in the 8th century A.D.

The same word found itself into latin as Moro or Moor. It was later adopted by all the Romance dialects of Europe in various forms as Maurus, Moro, Morros, Muir, Mure, Moore, More. In English and other Germanic languages it became Moore, Moor, Maurice, etc, etc.

Make no mistake when you run across this word. It does not solely refer to Muslims who conquered Spain, it was a word used to desgniate those who are today denigrated as the negro or the black race, who are today concentrated in various parts of Africa, North America and South America, South Asia, Australia.

The Moors, they were also in Europe. Long time before history and right into the annals of modern history, from Rome to Paris, before they were ethnically cleansed or forcefully interbred under a racist miscegenation policy put in place by so called white Europeans.

Read between the lines and release your Moorish consciousness.

Here we present to you some pictures of the Moors who once dominated in Southern Europe: Melchior Barthel featuring Roman Moors as Generals and Senatorss. Male and female. Circa 1650s. Price from $400,000. 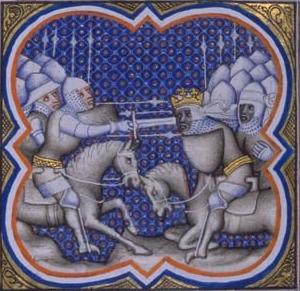 4 thoughts on “Moors of France, Spain, and Rome”