The skin cancer rate in Israel is among the highest in the world, the Israel Cancer Association reported yesterday. At the end of 2000 there were 3,631 skin cancer patients in Israel and around 200 die every year from the disease. read more

Afro-Turks, African Turks, or Turkish Africans are people of Black African descent in Turkey. “Afro-Turk” is a newly invented word as in Turkey those Black African descendants have been traditionally named as “the Arabs”. The Turkish word for this is Arapi (Arab). Today in Turkey they are additionally referred to as Afrika kökenli Türkler, a name which could hide their historical status. read more 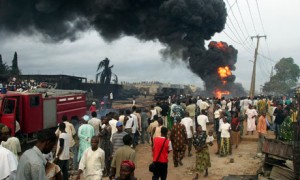 Nigeria’s agony dwarfs the Gulf oil spill. The US and Europe ignore it

The Deepwater Horizon disaster caused headlines around the world, yet the people who live in the Niger delta have had to live with environmental catastrophes for decades read more

Pope Benedict XVI yesterday accepted the resignation of Irish Prelate, Richard Burke, the Archbishop of the Nigerian Diocese of Benin City, accused of molesting a teenage girl, the Vatican said. The archbishop stepped down after the allegation was made last year. Dolores Atwood alleged she was sexually abused by Archbishop Burke when he was a priest in Warri. read more

The chief glory of nations is derived from their writers wrote Dr. Samuel Johnson (1708-1784). And many around the world deeply enjoy Jane Austen’s books and letters, of which the interpretation is constantly fine-tuned and made into movies and TV series. They study human behaviour and are satirical of human failings. Her style was based on Dr. Samuel Johnson’s: ‘cool, well-ordered, witty and incisive observations of life.’ But because Austen’s live straddled the decisive period around the French Revolution (1789-1795), her life, her books and surviving letters can also be mined for her ideas about the radical changing times. Although she wrote novels in the Romantic fashion: ‘The passion of Romantism did not inspire her.’ So I, because of my research interests, look for Austen’s ideas about the changing views on the emergence and the controversial role of Race. In this light, the fact that there is no credible portrait of Britain’s finest nineteen-century female writer should be considered as highly problematic. Jane Austen, properly read, might grow into our greatest activist in proclaiming the glory of Blacks. read more

The history of the great Benin Empire as a nation is the record of a state that was established 2300yrs before any contact was made with European inferior nation. The great Benin Empire made remarkable achievements in those pre-European years, in art, science, administration, technology, political organization, architectures, astronomy, town-planning e.t.c. read more

The African Diaspora of the Indian Sub-continent
By: Zachariah Cherian Mampilly (Africana.com)

The term Indo-Africans refers to Indians of African origin and was coined by Professor Abdulaziz Lodhi of Uppsala University, Sweden. I am grateful to him for his help in writing in this article. read more