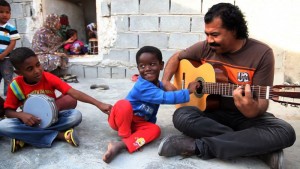 Haplogroup R in Iran is mainly represented by the R1 sublineages R1a-M198 and R1b-M269, whereas R2-M124 was observed only in 2.8% of the total sample. All the R1a Y chromosomes belong to the M198* paragroup with frequencies ranging from 0% to 25%. Indeed neither the ‘‘European’’ M458 nor the ‘‘Pakistani’’ M434 [45] have been observed in our samples. Haplogroup R1b-M269 shows its highest frequency in the Assyrians (29.2%, averaged on Tehran and Azerbaijan Gharbi groups). High values are also observed in the Armenians from Tehran and in Lorestan (both with ,24%). With the exception of five chromosomes belonging to the paragroup R1b-M269* and three chromosomes clustering in the ‘‘European’’ sub-haplogroup R1b-M412, all the M269 Y chromosomes belong to the R1b-L23 clade.

The overall scenario seems to indicate an autochthonous nonhomogeneous ancient Y-chromosome gene pool, mainly composed by J2a sub-clades that was further shaped and enriched by the arrival of different populations during and after the Neolithic period. Western Eurasian contribution (mainly represented by R1b-L23, and at a lesser extent, by haplogroup sub-lineages IM423 and J2-M241) is frequent in North-West Iran; Central Asian contribution (due to haplogroups H-M69, O-M175, Q-M242 and R2-M124) has its highest frequency in Khorasan, the easternmost province of the country. A clear African component is observed in Hormozgan where noteworthy is the presence of the sub-Saharan haplogroup E-M2 in the Afro-Iranian ethnic group. In spite of the different geographic contributions and the presence of important geographic barriers which may have limited gene flows, AMOVA analysis revealed that language, more than geography, has played the main role in shaping the nowadays Iranian gene pool. Overall, the results of this study provide an accurate and reliable portrait of the Y-chromosomal variation in the modern Iranian populations, useful for generating a more comprehensive history of the peoples of this area as well as for reconstructing ancient migration routes. In addition, our results evidence the important role of the Iranian plateau as source and recipient of gene flows among culturally and genetically distinct populations.

Notice the labeled E-M81 as North East Afrcan but in reality it is North West African. So called Berber marker.

On the other hand the REAL North East African (M-35) sub-group, M-78 is present in Iran as it should be since it is Iran and North East Africa is closer. Notice also a sub-clade of M-35-M78(ie V-13) has highest frequency in the Assyrians and Afro-Iranians.

Also E-M2 is found across the three ethnic groups of the Hormozgan along with another African haplogroup B-M60.

But more stunning is the high frequency of both Q1a3 and Q1b1 and BOTH branches of R1 derived groups (ie R1a and R1b).

What does it all mean. Hormozgan is the Iranian Province geopgraphically closest to Africa. Just as Yemenese indigenees carry African lneage. The picture merging.