Novgorod and Kiev were the earliest seat of the Kingdom of Russ.

The original rulers of Kiev were Black people, Muurs of Kiev, as their paintings and pictures above and below will demonstrate.

They were members of the Muurish Orthodx church, considered themselves followers of the Black Christ and his Black Mother, and saw themselves as part of the Muurish Internationale since they were obviously politically connected with the Kingdom of Ethiopia which had a presence then in Albania, Georgia, and Abhkazia.

The Muurish Kievans ruled over the neighbouring slavs who had asked them to extend the beneficience of their wise governance and civilization to their territory.

Over time, they inter-married with their subjects and Slavs and the bloodliine gradually became watered down.

Eventually, the albino slavs over-swarmed the Muurish Kievan Russ and today memories of them remain in inexplicable paintings of Russian Kings and Queens in their full Black glory.

Here is one of the earliest of the Muurish Kievan Royalties of Russia, Vladimir of Kiev:

Vladimir was a prince of Novgorod and grand prince of Kiev, ruler of Kievan Rus’ from 980 to 1015 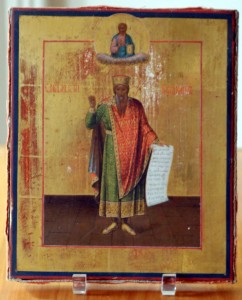 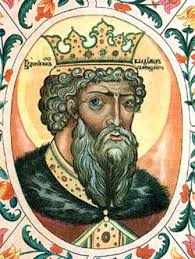 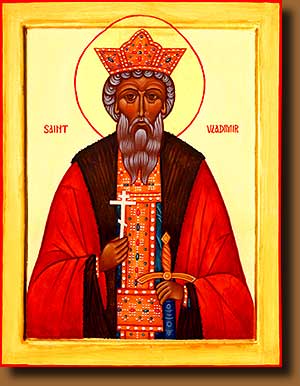