Elia Bresci – Historical photos from the Horn of Africa 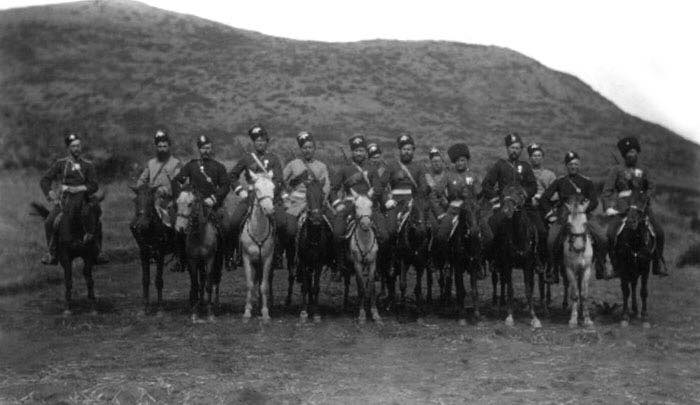 Menelik invited Leontiev to return to Ethiopia with a Russian military mission. In 1895 Leontiev organized a delivery of Russian weapons for Ethiopia: 30,000 rifles, 5,000,000 cartridges, 5000 sabres, and a few cannons. The presence of the Russian advisers at the battle of Adwa helped the Ethiopians achieve victory in the first Italo-Ethiopian War.[7][8] The Russian advisor Leonid Artamonov wrote that the Ethiopian artillery comprised 42 Russian mountain guns supported by a team of fifteen advisers.