Keshavdas (1555 – 1617) was a Sanskrit scholar and Hindi poet, best known for his Rasik Priya, a pioneering work of the riti kaal (procedure period) of Hindi literature.

Below, we find a series of pictures from Keshavdas, a 17th century Indian scholar which illuminates for the seeking mind, the texture, tenor and color of the then Indian contemporary society.

Observe the Muurish kings, observe their paler skin sisters, observe the landscape and the features. Feed your mind, walk back into historical times.

When you see the so-called black Indians, the Africans in India, the Habbashis or when you run across the Siddis; when you hear about the Arabs in India; whenever they start to waffle about Muslims in India, or start talking obtusely about Moorish influences recall this series again, call it up again from the deep recess of your mind.

This was 17th century India captured for you in real colour.. 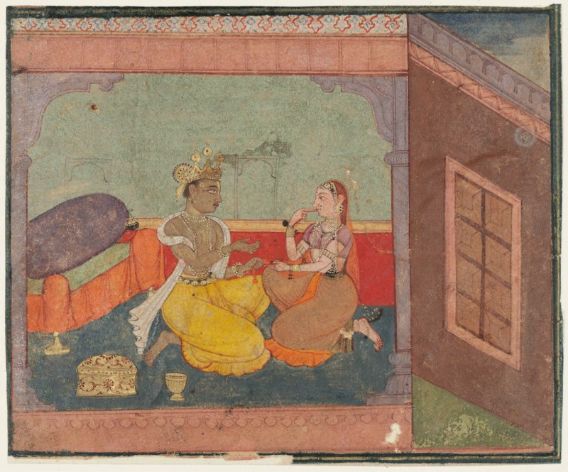 A couple in a room converse by the bed 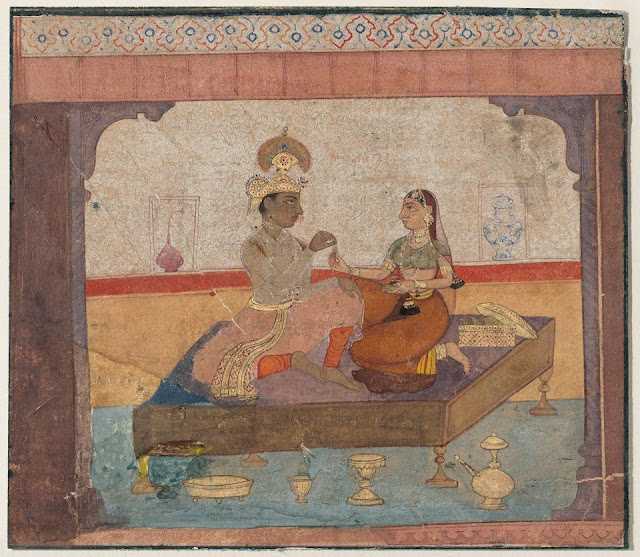 A woman and a Muurish prince sit on a bed, sharing pan. They are surrounded by golden vessels 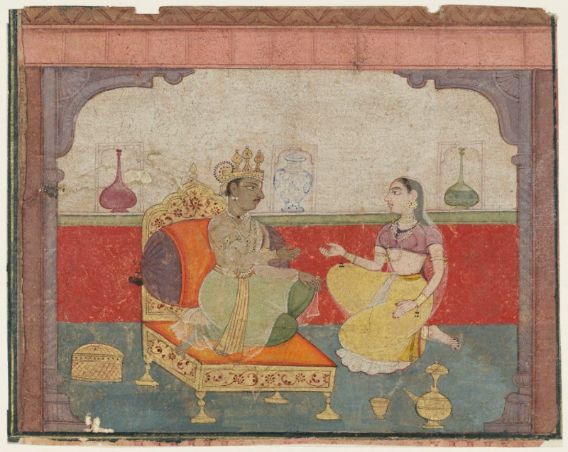 Muurish king with golden crown talking with young lady. They are surrounded by golden vessels 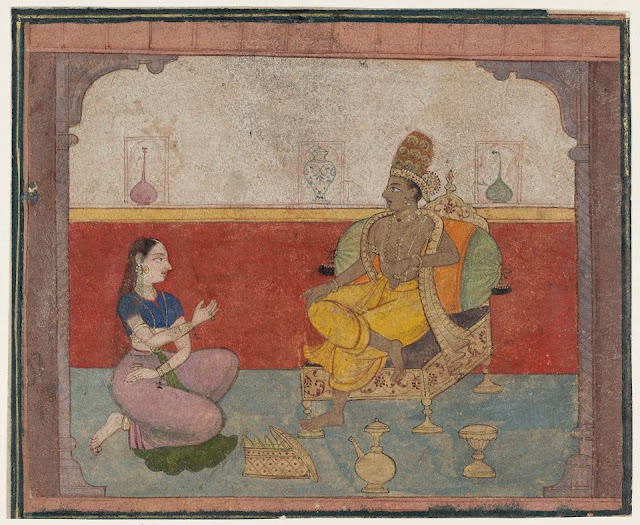 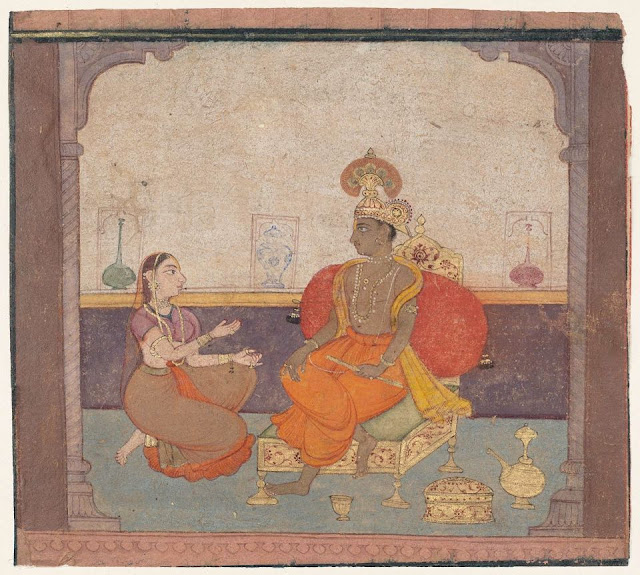 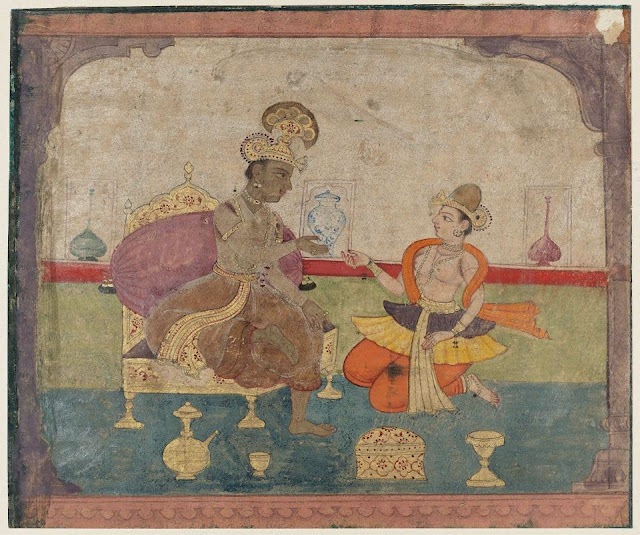 The Muurish King seated on a throne, conversing with a lady kneeling, the latter peculiarly dressed 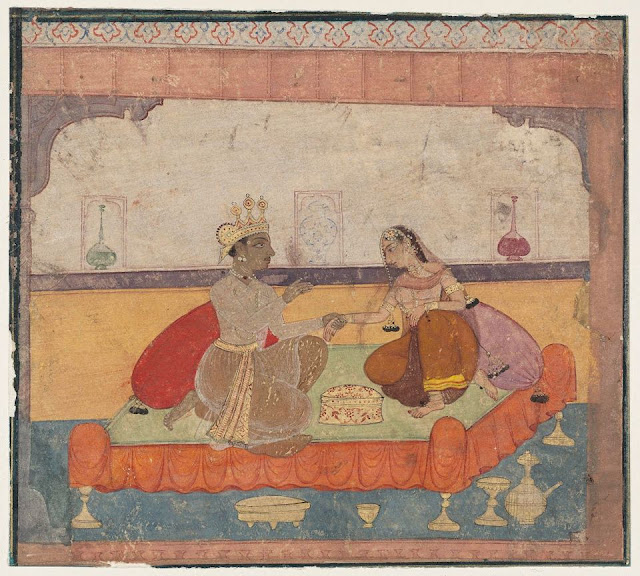 In a chamber, a man holding the hand of a lady on a bed 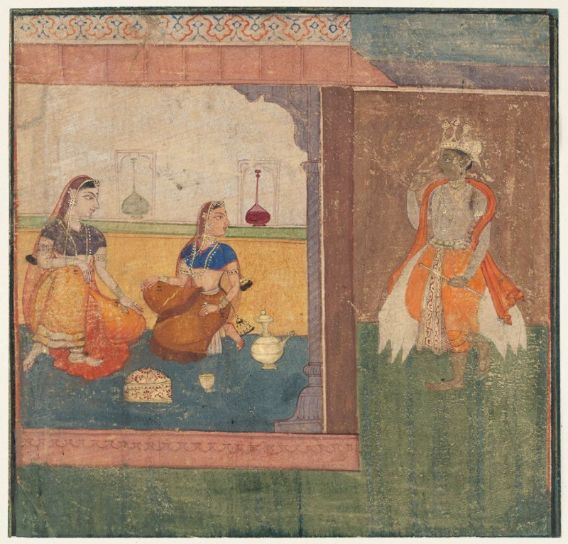 Krishna arrives to see his companion 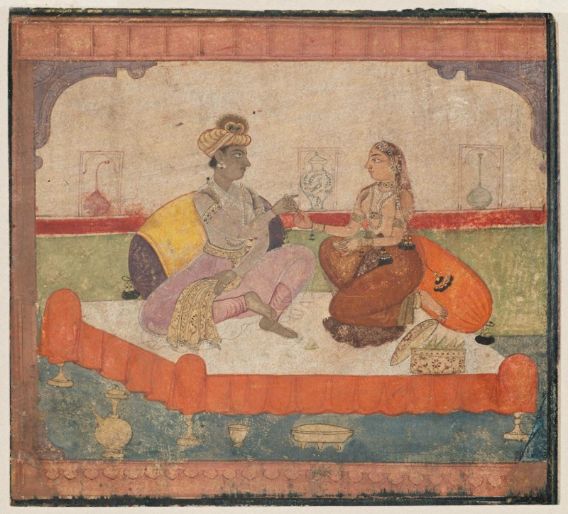 Krishna sits on a couch wearing a turban with peacock feather, picking up betel from lady’s hand 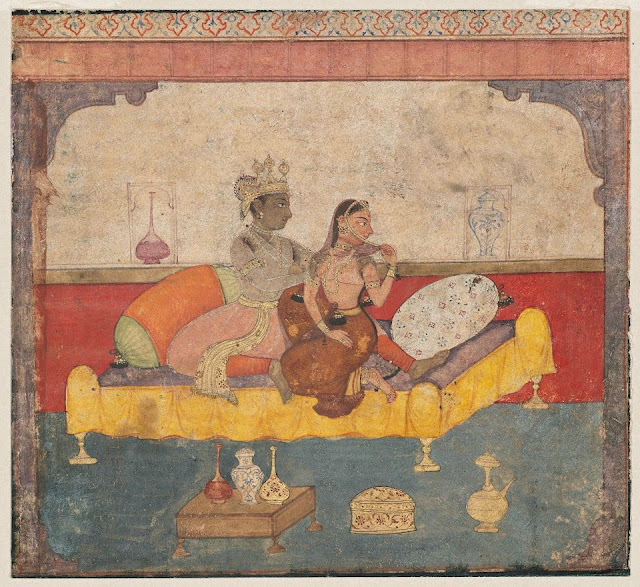 Muurish King in a seductive mood.. 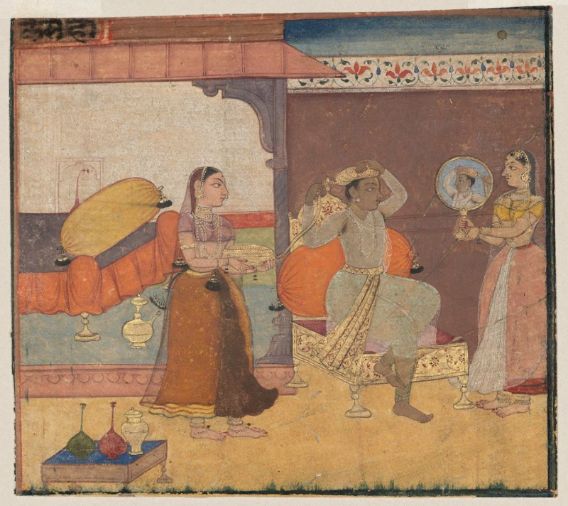 On the terrace a nobleman is putting on a turban held by his female attendant. Another attendant is holding a mirror reflecting the man’s image. 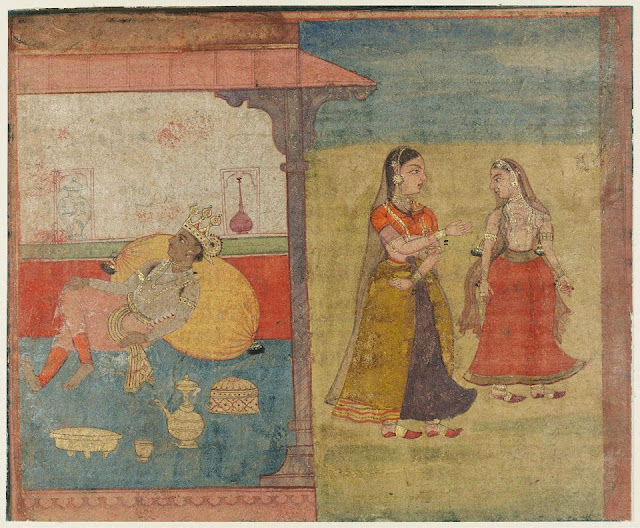 A Muurish Indian King lies in deep meditation inside his home, two women outside 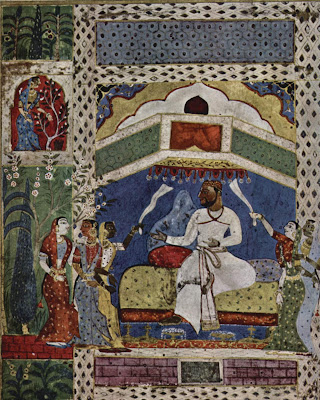