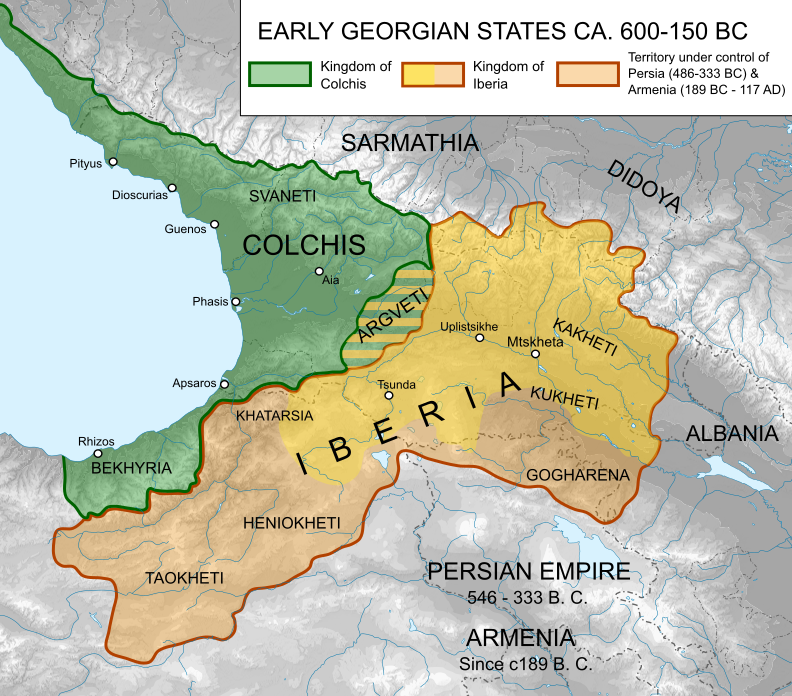 Colchis is an ancient region at the eastern end of the Black Sea, south of the Caucasus, in the western part of modern-day Georgia.

Historically, Colchis was colonized by Milesian Greeks to whom the native Colchians supplied gold, slaves, hides, linen cloth, agricultural produce and such ship-building materials as timber, flax, pitch and wax.

After the sixth century B.C. it became a vassal state of Achaemenid Persia, annexed into the kingdom of Mithradates VI in the first century B.C. and, then, fell under the rule of Rome.

The Greek historian Herodotus noted that the ethnic composition of the Colchians was similar to that of Black Egyptians. In the late fourth century A.D., church fathers Sophronius and St. Jerome referred to Colchis as a “second Ethiopia” because of its large Black population.

According to The Adventures of the Twelve Apostles by L. A. Murray, “St. Matthias was one of five Apostles to have led a mission to Armenia.” Murray adds: “The lands to which Matthias sailed are now called Adygey, Abkhazia, Adzhar Karachay, Ossetia and Georgia but some ancients then called that region Ethiopia, others called it Albania, and some called it Iberia.”

As Murray notes: “Ancient Armenia was a large country stretching from mid-Turkey to Persia up to the top of the Caspian Sea.”

One thought on “The Moors of Colchis/Armenia”