LONDON (Reuters) – The active ingredient in marijuana appears to reduce tumour growth, according to a Spanish study published on Wednesday. 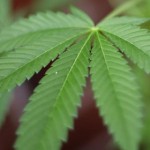 The researchers showed giving THC to mice with cancer decreased tumour growth and killed cells off in a process called autophagy.
“Our findings support that safe, therapeutically efficacious doses of THC may be reached in cancer patients,” Guillermo Velasco of Complutense University in Madrid and colleagues reported in the Journal of Clinical Investigation.

The findings add to mixed evidence about the effects of marijuana on human health. Studies have suggested the drug can raise a person’s risk of heart attack or stroke and cause cancer.

Other research has shown benefits, such as staving off Alzheimer’s, and many doctors view THC as a valuable way to treat weight loss associated with AIDS, and nausea and vomiting associated with chemotherapy in cancer patients.

Velasco and his team’s study included an analysis of two tumours from two people with a highly aggressive brain cancer which showed signs of autophagy after receiving THC.

The researchers said the findings could pave the way for cannabinoid-based drugs to treat cancer, although that approach has so proved unsuccessful when it comes to obesity.