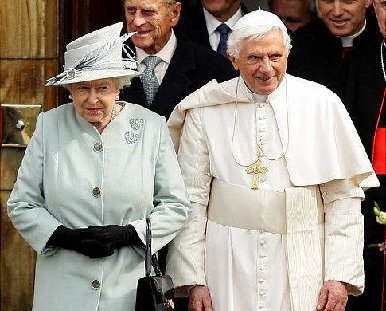 The Queen of England (First Daughter Pre-eminent of the Goths) and Duke of Edinburgh (Universal Grand-Master Mason Emeritus of the Goths), and Pope Boniface the 16th (Pontifex Maximus of the Goths who conquered Rome and civilization) in England today Sep 17, 2010 plotting….. A picture is worth a thousand words. Behold, the Babylon! Nuff said.

2 thoughts on “The Triumvirate of the Goths: the Babylon Shitstem! – By Lion!”