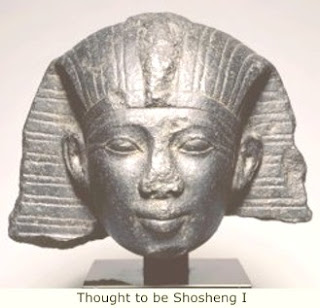 2. And it came about in King Rehoboam’s fifth year, because they had been unfaithful to the LORD, that Shishak king of Egypt came up against Jerusalem

And the people who came with him from Egypt were without number: the Lubim, the Sukkiim and the Ethiopians.

4. He captured the fortified cities of Judah and came as far as Jerusalem.…