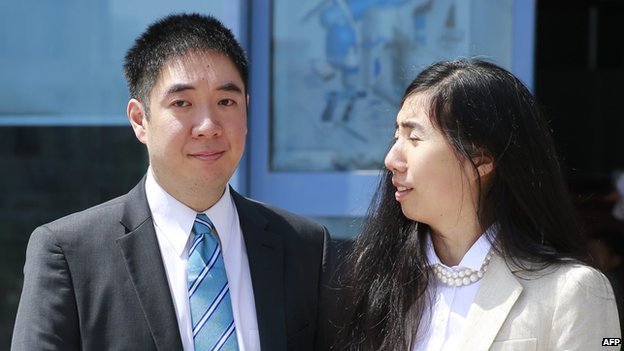 A Qatari court on Thursday condemned a US couple from Los Angeles to three years in prison for allegedly causing the death of their adopted eight-year-old daughter to sell her organs or “perform medical experiments on them.”

Matthew and Grace Huang were arrested in January 2013 after their daughter Gloria from Ghana died.

The couple were also ordered to pay a fine of 15,000 riyals (4,100 dollars) each and will be deported after serving their sentence.

The judge did not specify the exact charges for which the Huangs were sentenced, but the “Free Grace and Matt” website which supports the couple said police accuse them of having adopted the children “in order to harvest their organs, or perhaps to perform medical experiments on them.”

They have two weeks to appeal. 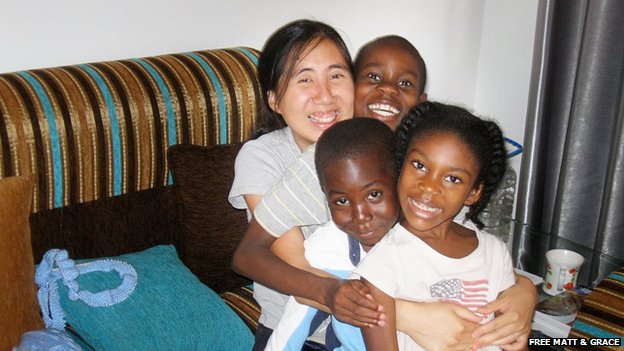 Gloria’s death certificate states that she died of “dehydration and cachexia”, a disorder that results in dramatic weight loss and muscle atrophy.

Qatari prosecutors asserted that chunks of organs had been sectioned or cut off by those parents, and examined microscopically, but provided no samples or photographs.

However, according to the New York Times, a second post-mortem conducted by a pathologist in California in March found no evidence that tissue from the brain or other organs had been sectioned or cut for analysis – a standard procedure.

“We have just been wrongfully convicted and we feel as if we are being kidnapped by the Qatar judicial system,” Matthew Huang said in a statement read to reporters outside the court.

“This verdict is wrong and appears to be nothing more than an effort to save face,” he said.

“We are calling on United States President (Barack) Obama to call the head of state in Qatar and explain to him why American families adopt high-needs children,” said Huang.

He said the ruling must be “overturned immediately and we should be allowed to go home.”

Defence lawyer Eric Woltz said the case was left in confusion and the charge unclear.

“The judge literally read a couple of sentences. There wasn’t much explanations given. There’s still a lot of confusion as to how this is happening,” he said.

“As far as we know they’ve not been ordered to go back to prison but we also were not told that they are not going back to prison.” said Woltz.

“So they’re very scared and we’re just waiting for a word from the court.”

The lawyer said the couple “came to the court thinking that they would be declared innocent. Matt and Grace even had plane tickets already paid for.

“They thought they were gonna go home and be with their sons.”

The couple were released in November pending trial, but the court had denied their request to leave the country to join their other two adopted children in the United States.

The public prosecutor had pushed for the death penalty for the Huangs, who were not immediately re-arrested after the verdict.

The family’s supporters maintain Qatari authorities misunderstood the Huangs’ situation and found it suspicious that a couple of Asian origin would adopt a child from Africa.

Orphanages exist in Qatar as in most countries, but adoptions are almost unheard of among locals.

Gloria, their daughter, had “an eating disorder, a legacy of her impoverished childhood in Ghana, in which she would sometimes fast, binge-eat or steal food,” the website says.

The Huangs moved to Qatar in 2012 for Matthew, an engineer, to work on infrastructure projects linked to the 2022 football World Cup.

Their supporters describe them as a loving family and say they have collected supporting testimony from people who knew them in Qatar, which authorities have declined to accept.