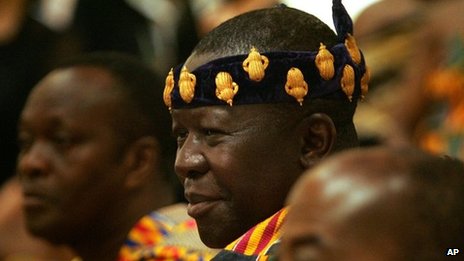 Police in Norway are investigating the theft of some of the Ghanaian Ashanti crown jewels from a hotel in Oslo.

The jewels were travelling with King Otumfuo Osei Tutu II, the ruler of the Ashanti, who is representing Ghana at a conference in the Norwegian capital.

A suitcase belonging to the African royalty was snatched from the lobby of the Radisson Blu Plaza Hotel by some Caucasian men.

The jewels, amassed over generations and considered to be priceless, are used by the king when he performs ceremonial duties.

Police claim they have good surveillance video recording of the snatching event and are on the track of the thieves.

Rasta Livewire will keep you posted.