Did George Washington the so-called first president of the United States descend from French Muurs? Did he ascend back to the Muurs? Context:In the early 16th century south of France was indundated with Moorish people. Some of these Moors came with the 7th century invasion from Africa. Others were indigenous peoples of South of France, who had lived there for thousands and thousands of years. Recall that the humans left Africa and populated Europe beginning with southern Europe then onward to the uttermost north.

Was the bloodline of George Washington from one of those Moorish families? Now, disabuse your mind of earlier programming, come with an inquisitive and inquiring man and let us together embark on a sojourn to the past.

Let’s take a look at the man Nicolas Martiau.

There was a distinct French Huguenot strain in the lineage of Governor Washington. It came to him from his first American ancestor, Nicolas Martiau, a Huguenot refugee who came to Virginia in 1620. This resulted in Washington’s blend of Cavalier and Huguenot.

Martiau, who was the personal representative of Henry, Fifth Earl of Huntington, was naturalized in England before coming to Virginia. He served in the House of Burgesses, and was appointed a justice. He was a member of the Virginia Company.

Henry sent Martiau and another to Virginia at his own expense to protect his trade there and build fortifications where necessary. The Earl apparently obtained for Martiau, the special form of naturalization granted only by proclamation. This gave him the right to acquire property and privilege to vote and hold office.

Martiau was 33 years old, when he arrived Virginia in the sailing ship, Francis Bona Ventura – one of 153 passengers. He selected places for palisades and fortifications at Yorktown; at Fort Story; and at Old Point Comfort, Fort Monroe, one of the oldest forts in America.

In 1632, Martiau took his seat in the House of Burgesses as a representative from Yorktown and Isle of Kent.

The Martiau Plantation comprised 1300 acres including the site of Yorktown. For his dwelling, he selected the high bluff on the curve of the York River as it widens to the Chesapeake Bay. This patent is in the Land Office at Richmond, and contains his family’s name.

His will is on file in the State Library. In his will, he provides for, and sets free his two so-called Negro servants and bequeaths legacies on them (they were probably two black Europeans like himself, who had served him all his life). This gesture antedated similar actions by George Washington a century and a half later. Washington was one of the first slave owners – if not the first to do so.

The Courts of Virginia were much like county courts of England. The first court at which Martiau sat was July 12, 1633. His last appearance was on Sept. 24, 1655. Occasionally, the court met at Martiau’s home.
Martiau’s wife was the widow of an army lieutenant. Nothing is known of her arrival, or of her maiden name. (From all indications she must have been a white European lower class girl). It seems that the family name of the earliest maternal ancestor in Virginia of George Washington, must remain unknown.

Jane Martiau died before 1640, and was buried most likely in the family burial plot not far from the big house. Also buried there are Captain Nicolas Martiau Sr., and his son, Nicolas Martiau Jr., who never attained majority. Other children were Elizabeth, (married to Col George Reade. Mary) married to Col. John Scarsbrook, leader in Bacon’s Rebellion, Sarah was married to Capt. William Fuller, Puritan Governor of Maryland.

The gravestones of Elizabeth Martiau, and her husband, Colonel George Read, are in Yorktown’s Grace Episcopal Church graveyard. The ledgers were discovered during excavations on Buckner Street, Yorktown. They were restored and preserved in 1931 by another Martiau descendant – Letitia Pate Evans. The colonial town’s Read Street is named for Colonel Read, according to a native Yorktownian. 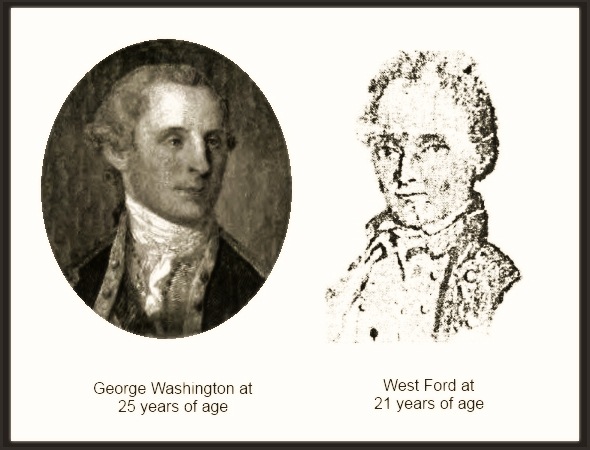 Incidentally, George Washington the most famous descendant of Nicolas Martiau fathered a son with Venus, a young slave who lived on the estate of his half brother John Augustine Washington.

Venus’s son with George Washington, who was called West Ford. His descendants are still alive today and their two centuries old family tradition has been researched and verified. 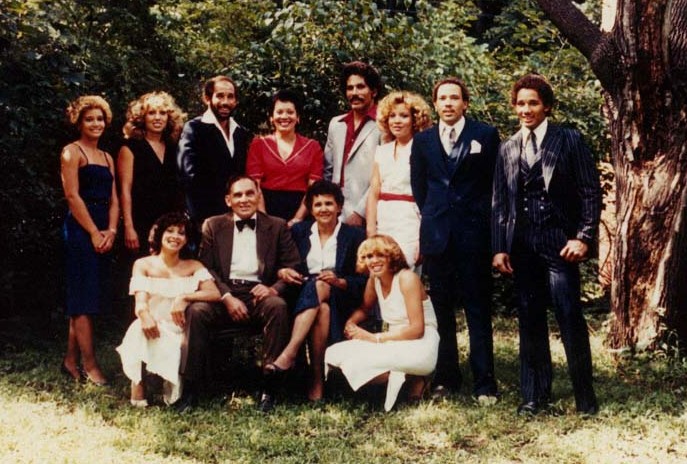 What a way blood goes around like a river, proving the saying, what flows around, comes around.

York Co, VA Will Book 1, pp 337 – 339
Print Original Will
(In the name of God Amen. I Nicholas Martian, of the County and Parrish of York gent. being very sick
and weak in body But of Sound and perfect memorie blessed be god Doe make ordaine Constitute and appoint this my last Will & Testament in manner and forme followeing Revoakeing annulling & makeing void and by these presents Cancelling & disclaimeing all & all manner of former & other Will or Wills written or Nuncupative all Codicelle Legacyes & bequests whatsoever by me att any time
before the ensealeing of this my last will made signed & sealed or otherwise by word of mouth or made
& delivered; And appoint this only to stand & be my last Will and Testament, as followeth ~

First I bequeath my Soule unto the hands of God my maker hopeing & assuredly beleiveing that when this life shall end I shall through the merritts of Jesus Christ my redeemer to injoy everlasting Rest and happiness. And my body to the Earth from whence it came to be decently buried.

Item for that Estate which almighty God hath been pleased to lend me in this world I hereby give bequeath & dispose thereof in manner and forme following:

Item I give and bequeath to my Eldest Daughter Elizabeth wife of George Read Esq & the heires of her body begotten or to be begotten forever all that my Divydent of land scituate lying and being in the sd. Parrish and county of York (Except as hereunder excepted) with all houses and appurtenances.

Item I give and bequeath to my Daughter, Mary Scarsbrook, wife of John Scarsbrook soe much of my sd. Divydent of Land in York Parrish as is scituate and lying beyond the Swamp [vizt.] on the Southward side of that Swamp called commonly Broccas Swamp upon part of which the said John is now seated to be held by the sd. Mary and her heirs lawfully begotten & to be begotten forever with the
appurtenances —

I give and bequeath to my loveing Daughter Elizabeth Read my Watch. —

Item I give to my said Daughter Elizabeth and her heires my Grey Gelding but my Sonn John Scasbrook to make use of him for his occasions — Two years after my decease when he shall desyre the same.

Item I give and bequeath to my Daughter Sarah Fuller wife of Capt. William Fuller abovenamed and to her heires forever all that my Divydent of land lying in Potomack and conteyneing two Thousand Acres But in case itt shall not be seated by some of them [vizt.] Capt. Fuller or his said wife or heires att least one month before expiration of time limitted by the Pattent for seateing then the same to be made Sale of Executrixes as hereunder named & the produce thereof to be equally dyvyded betweene my said three loveing Daughters for the good of them and their children.

Item My Will is that within one yeare after my decease all Cattle now in my possession marked wth my Daughter Fullers mark shall be delivered for the good [of] her and her Children & I doe also give and bequeath to her and her heires forever Tenn Cowes more out of my Stock or to be bought out of my Estate with their whole increase Male and Female and alsoe a Bull to be delivered within a yeare as above said.

Item I give to my loveing sonn, George Read, Esq. all my weareing apparrell except my Stuff Suite and Coate and new Dimity Caster which I hereby bequeath to my Sonn John Scarsbrook and alsoe will that five pounds ready money now lying by me be equally divyded between my said Two Son in lawes ~~

Item my will that at finishing the next crop after my Debts are satisfied my Two Negroes Phill & Nicholas shall be free and that each of them have then delivered by my Executers One Cow and Three Barrells of Corne, Cloathes, & also Nayles to build them a house but they or either of them shall hire themselves after their said freedom or before or shall remove from the land hereunder appointed them then they or he soe doeing to returne to my Executrixes for the good of them and their Children. And my Will is that they have land sufficient for themselves to plant in the field where William Leigh lived for
their lives or the life of the longer Liver of them.

I give and bequeath to Hugh Roy lately my Servt. – one Three Years old Heifer with her increase to be
obtained on demand after my decease ~~

Item I give and bequeth to my above named Two loveing Daughters Elizabeth Read and Mary Scarsbrook for the good of themselves & their Children All the rest of my Estate whatsoever in Virginia or elsewhere to be equally divyded betweene them but this Divysyon not to be made untill all my Debts & Legacyes be satisfied which said severall Debts are to be paid out of the part of my Estate as is given to my said Two daughters & their Children without any Charge to my Daughter Sarah or her heires. ~~

Item lastly I doe by these presents nominate & appoint & Confirme my two beloved Daughters Elizabeth and Mary Joynt Executrixes of this my last Will & Testament to see the same performed and kept And in Confirmacon of this my said last Will & Testament & of every matter Course & thing therein conteyned I have hereto sett my hand and Seale this first day of March One Thousand Six
hundred Fifty Six.

“Sealed & Signed in the presence of — Nicholas Trott