A picture is worth more than a thousand words. Below you will find images of Columba one of the early fathers of Christianity in Britain. He lived in the 6th century AD, in the days when Muurs owned Scotland and Ireland, before the great invasion of the Jutes, the Anglos and the Saxons. They marched in from Saxony province in Germany, to overwhelm, subjugate Muurish Britain and turned it the so-called white nation that it is today.

Saint Columba was a Muurish Saint, one of those original Muurish indigenes of Ireland, Scotland and England. There were millions of them once, holding sway over the Islands.

They might have come from Egypt because, Britain was colonized by Kemitians (Egyptians) who extracted tin, from its mines. Then came the Kartha Hadasians (Cartheginians) who also ruled the Island and exploited its natural resources. The Kartha Hadasians, the Kemitians, were all described as Maures by the ancient Greeks.

The Roman conquerors of Britain wrote about them. They were known by various names including, Silures, Picts, Fomorians, Muirs, Murrays, etc.

Moreover, in the time of Roman ascendency, western Europe was basically a black country as it was then largely settled by people from North-west Africa and West Asia, who formed the bulk of the Roman Empire (a cosmopolitan, multi-ethnic establishment). The Goths, the Slavs, the Teutons, and the Suebians, who mostly consist of today’s Europeans were then still kept at bay by the Roman army, and Europe was still considered an extension of Africa.

The original Muurish inhabitants of Britain still live in the genes of many British, and American peoples, both so-called whites and so-called blacks. There pictures and images and artefacts lie scattered across many museums and art galleries, bearing infallible witness to a fact little known to the modern people of Britain.

It is a story Rasta Livewire is pursuing with earnest zeal. Today, we present, early images of Saint Columba, one of the icons of Celtic Christianity in Britain especially Ireland and Scotland.

Here is Saint Columba, with his fellow denizens of Muurish Ireland and Scotland: 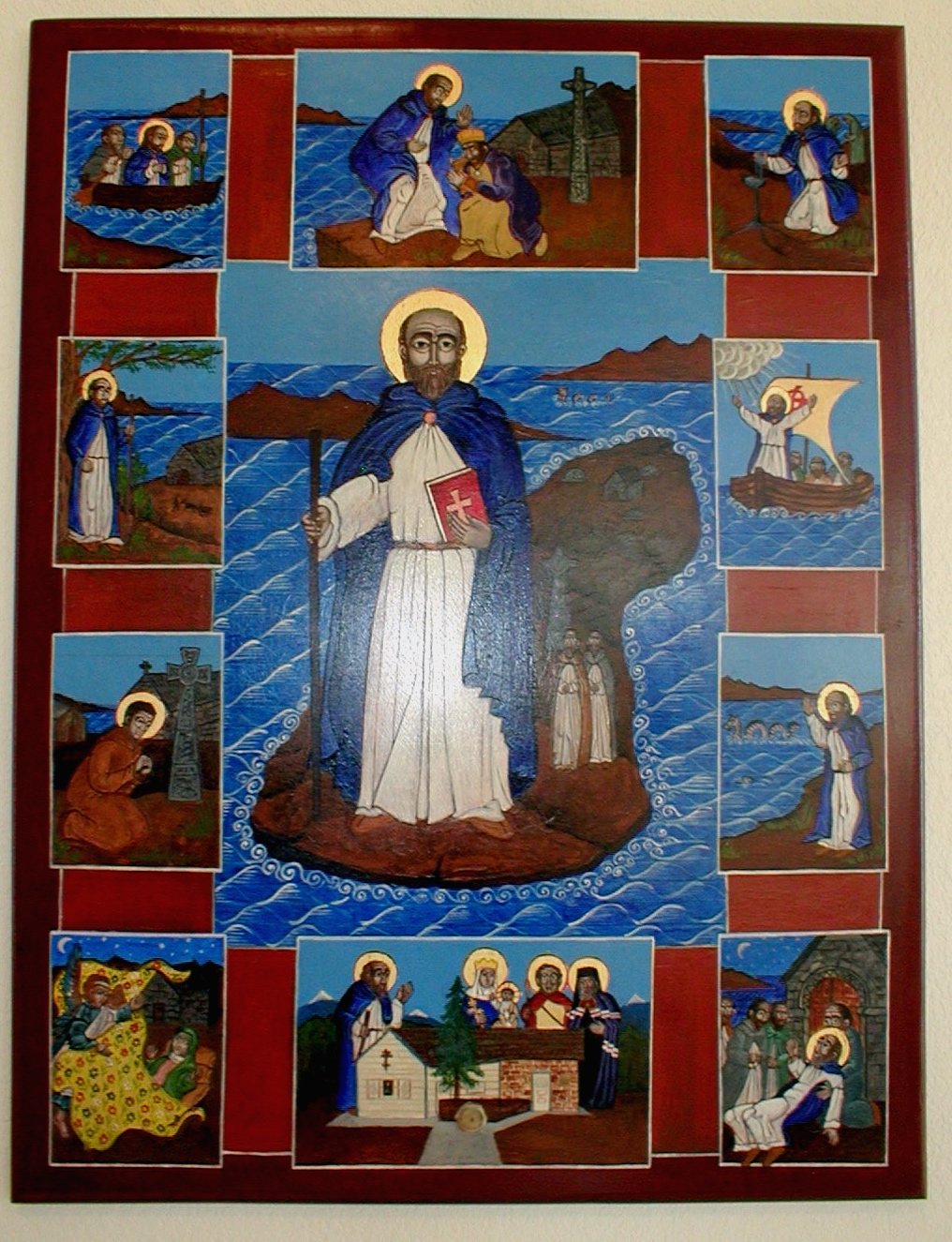 “Columba (521-597) was an Irish missionary monk known as one of the “Twelve Apostles of Ireland.” He was born in County Donegal, became a student at Clonard Abbey, and studied under St. Finian.

Around 560 he became engaged in a dispute with St. Finnian of Moville over a psalter he had copied. The dispute somehow led to a battle and a number of men were killed. Threatened with excommunication, Columba suggested an exile with the condition that he would convert as many men as had been killed. This brought him to Scotland where he was granted land on the isle of Iona off the west coast of Scotland. He started an abbey and was zealous in his missionary work.

Columba was a man of letters having transcribed nearly 300 books. But his legacy revolves around the revival of monasticism and Celtic Christianity after the fall of the Roman empire. He died and was buried at his monastery on Iona.”

One thought on “Moors of Early Ireland: Saint Columba and Clan – By Oguejiofo Annu”