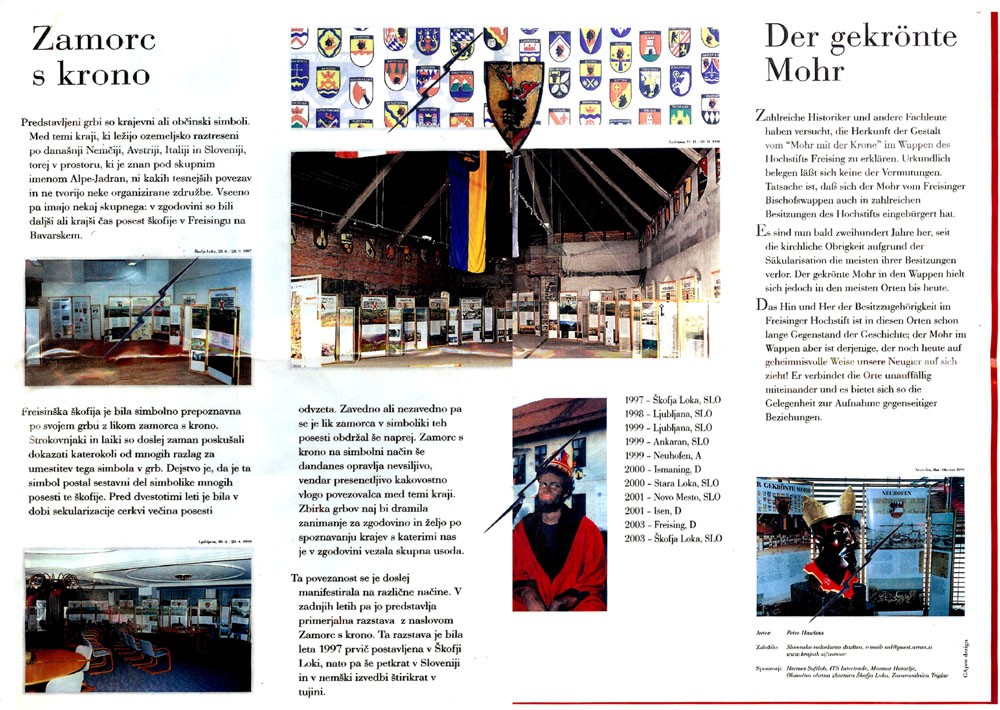 An African brother gave me an article of coats of arms of early medieval Europe. On two other pages are about 40 coats of arms with the kingdom/city above them and about a quarter or third have the images of black kings as the upper center on the page below gives some indication.

Do you know anyone can read the languages below? The one on the right I think is Slovakian and the one on the left German. Speaking of “Zamorc” (? the Moors) and “Mohr,” that surely must be Moor. It was these kings and their peoples who evidently built the castles and early kingdoms, pioneered and perfected medieval architecture passed down to today, and saw the incoming Germanic tribes that slew them taking their civilzation and way of life as their own.

To me, this article sheds a whole new light on who and where the Moors were and what they accomplished. Their wonderful splendor. I think (as you know) that the Gauls were the same as the Moors and vice versa and both were originally the Canaanites/Phoenicians/Carthaginians/earliest Romans.

Any translation possible as I speak neither of the languages the article is written in?

You are the first one who has seen this. It was originally found by a sister in Slovakia (Slovenia?) who shared it with an African brother living in Europe who shared it with me. He first told me of it about a year ago but I only got it last week.