“Get Kony” begins a Saga

Last week, there was a noise around the world following the making of a viral video about the much misunderstood, secretive and little known African warlord called Joseph Kony, and the Lord’s Resistance Army. It resulted in a curse heard around the world. The story follows below.

The “Get Kony” video campaign supposedly sought to bring light to the events that have been unfolding in this part of Africa, i.e. Uganda and Southern Sudan, over the course of the past 30 years.

The video created a stir and a debate because the story was reportedly slanted, and it was slanted in such a way as to glamorize an overweening and patronizng Western culture, rescuing Africa from its own demons.

But Kony is more than a demon. Whatever you may call him, recall that he has endured many decades of warfare, against the Ugandan state, backed by the imperial powers of America and Britain.

Out of the agony of a population caught between opposing armies, locked away in concentration camps in African bushes, abused and mis-treated, a righteous rage burning in the midst of northern Ugandan jungles arose and has sustained this internecine decades old conflict.

The issues being fought for are probably decades away from the original cause of the conflict. America and the west became even more implicated in the conflict due to their desire to access the huge quantity of oil locked away in the landscapes and lakes of northern Uganda.

Kony, is a sort of folk hero in northern Uganda. That he has lasted so long is because of support he has received from the local population who see his fight as their fight. In spite of all the media propaganda, it appears the people believe they have to fight or die.

This is not pretty like Darfur where northern Sudan is cast as a bully and Darfur is cast as a victim who needed the protection of a “beneficient” west.

Here, in northern Ugandan jungles, the little guys are taking on all comers. They have fought against the British, Americans, the northern Sudanese army, as well as the Ugandan army. And they still have the pluck to give more fight. What propels these people?

Kony supposedly belongs to some spirit-charged revivalist movement on a holy mission. How far this is true remains open.

It is known for sure that there are land issues which the locals have against the government of Uganda. There are demands of local sovereignty for the indigenous peoples of the area whose culture, way of life and existence as a people are pressured by the western world. These may not be strong enough reasons to make a war, but for some it is all they need.

The locals of northern Uganda are not very exposed to the western world. “Missionaries” who have visited the area narrate tales of wide spread “superstitions maintained by underdeveloped conditions”.

But those people have their ways, and their weapons. Their instruments many a times are not carnal. And they have combined these powers with modern technologies to devastating effects.

That is how come they have survived for so long against the onslaught of the modern machine.

There are many spiritual paths in Africa, and they hold the keys of birth and death, the meaning of life and the secret of joy.

He who masters the ancient African mystery practices has mastered all. He is often beyond reproach. She is beyond harm.

Whether Kony is a master practitioner is not known to us. But we know he follows those practices, observantly. He has masters who instruct him. He has gurus living and the gone, who protect him. There are jinns that would probably work for him.

So when the young men caused a stir with some dramatic video about Kony, it appeared no body warned them about the reach and power of the African mystery practices. 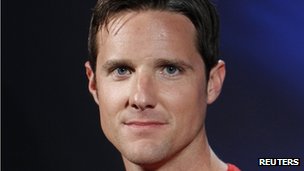 It appears that Jason Russell, who voiced the narrative on the Kony 2012 campaign video which went viral on the internet last week, is a victim of a special type of a “righteous anger” breed of curses from Africa. This type is so powerful it strikes the victim helplessly mad within seven days of the wrong actions, just to confirm to onlookers that for every action, there is a reaction.

Mr. Russell apparently bit more than he could chew with this Kony campaign. A featherweight compared to the ranks of fearsome and powerful men who battled and still battle Kony, (men like Museveni, Pope John Paul II, Bill Clinton, Tony Blair, Obama, and Cameron) he was immediately spear-pointed and pinned on a mystic wall of madness by the words and rituals performed on his name in Northern Uganda.

When the jinns came for him, he had no protection to protect him. He had neither grace, to absolve him. So he was struck so melo-dramatically by the flash of invisible fire, which burnt out his mentality. That was why he was found naked on the highway, jabbering sheer madness.

Mr. Russell, the co-founder of Invisible Children had been initially detained by the police for public mischief. Upon confirming his deranged state of mind, he was immediately taken to a medical facility.

In a statement, later issued by Invisible Children head Ben Keesey, it was claimed that a “severe emotional toll” had led to the “unfortunate incident”. The statement claimed that Mr Russell had been hospitalised on Thursday “suffering from exhaustion, dehydration, and malnutrition”.

All sounds really interesting. How this turns out for Mr. Russell, only the powers can tell. We wish him well, it will be a tough fight.

But to those who have eyes and can see, we urge to see. And to those with ears, we urge to hear. Those who dabble in things bigger than them, soon feel it.

There are more things yet unseen between the heavens and the earth, than can be explained by your vain philosophies.

One thought on “Kony’s Curse: Joseph Kony the Spirit-man of Uganda – by Mazi Omeife Jideofo”