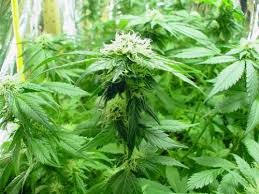 He who, despite the example of the Rishis, uses no bhang shall lose his happiness in this life and in the life to come. In the end he shall be cast into hell.

The mere sight of bhang cleanses from as much sin as a thousand horse-sacrifices or a thousand pilgrimages.

He who scandalises the user of bhang shall suffer the torments of hell so long as the sun endures.

He who drinks bhang foolishly or for pleasure without religious rites is as guilty as the sinner of lakhs of sins.

He who drinks wisely and according to rule, be he ever so low, even though his body is smeared with human ordure and urine, is Shiva.

Indra’s food (i.e. ganja) is acid, produces infatuation, and destroys leprosy. It creates vital energy, the mental powers, and internal heat, corrects irregularities of the phlegmatic humour, and is an elixir vitae. It was originally produced, like nectar, from the ocean by the churning with Mount Mandara, and inasmuch as it gives victory in the three worlds, it, the delight of the king of the gods, is called vijaya, the victorious. This desire-fulfilling drug was obtained by men on the earth, through desire for the welfare of all people. To those who regularly use it it begets joy and destroys every anxiety.” see The Rajavallabha, a materia medica, by Narayanadasa kaviraja, 17th century.

Besides as a cure for fever bhang has many medicinal virtues. It cools the heated blood, soothes the over-wakeful to sleep, gives beauty, and secures length of days. It cures dysentery and sunstroke, clears phlegm, quickens digestion, sharpens appetite, makes the tongue of the lisper plain, freshens the intellect, and gives alertness to the body and gaiety to the mind. Such are the useful and needful ends for which in his goodness the Almighty made bhang. In this praise of the hemp the Makhzan or great Greek-Arab work on drugs joins. Ganja in excess causes abscess, even madness. In moderation bhang is the best of gifts. Bhang is a cordial, a bile absorber, an appetiser, a prolonger of life. Bhang quickens fancy, deepens thought, and braces judgment.

Fakir (the wise scribe) reveres bhang as the lengthener of life, the freer from the bonds of self. Bhang brings union with the Divine Spirit. ‘We drank bhang and the mystery I am He grew plain. So grand a result, so tiny a sin.’

The poet of Shiva sings of bhang as the clearer of ignorance, the giver of knowledge. No gem or jewel can touch in value bhang taken truly and reverently. He who drinks bhang drinks Shiva. The soul in whom the spirit of bhang finds a home glides into the ocean of Being freed from the weary round of matter-blinded self. To the meaner man, still under the glamour of matter or maya, bhang taken religiously is kindly thwarting the wiles of his foes and giving the drinker wealth and promptness of mind.

And the Makhzan or great Arab-Greek drug book records many other fond names for the herb. Bhang is the Joy-giver, the Sky-flier, the Heavenly-guide, the Poor Man’s Heaven, the Soother of Grief.