Many researchers have come on Rasta Livewire to provide information about English cannibals and how they consumed the indigenous people of North America.

Information also rests in diverse places positively demonstrating that it was the European barbarians who were unrepentant cannibals and savages rather than the indigenous nations which they met there and which they eventually killed off. 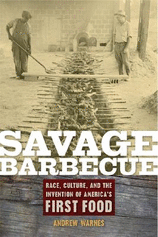 However, for hundreds of years, those same English (Anlo-American) cannibals narrated stories of “Aztec cannibals” “Mayan cannibals” etc etc, when in fact they were the cannibals eating and drinking the flesh and the blood of Christ; “Christ” being a sublimated form of the Muur.

However in this age of Revelations the lies are being uncovered, and truth stands unchallenged.

Reports reaching us from the main stream media finally acknowledges the cannibalistic nature of the early English colonizers.

The reports indicate that human bones discovered in the early European settlements prove that those early English settlers in North America were without doubts cannibals.

American Scientists while examining an old English settlement found human bones with unusual cuts consistent with butchering for meat. Those human bones were then dumped in a nearby rubbish pit.

Doug Owsley, a forensic anthropologist at the Smithsonian National Museum of Natural History in Washington DC, explained that the cuts on the bone were consistent with dismemberment and de-fleshing.

There were numerous chops and cuts – chops to the forehead, chops to the back of the skull and also a puncture to the left side of the head that was used to essentially pry off that side. The purpose was to extract the brain.

As would be expected, major news media had picked up the news too but had given it a slant which obfuscates the significance of what was discovered.

The news media is suggesting that the cannibalism was limited to a period of 1609 – 1610 and occurred due to extreme famine.

That Europeans were notorious cannibals is a little known fact to most people. But the inordinate love affair between the European and meat comes from some genes that promote rampant cannibalism.

The Europeans highest religion imagines slain/sacrificed 30 something year old black man called Jesus who they can eat his flesh and drink his blood for life.

The highest medicinal practice by Europeans through the renaissance period to modern time required the eating of the body parts of dead Black Egyptians unearthed from their repose. This was called “mumia” and widely available as medicine in Europe until late 19th century.

Cannibalism was widespread in Europe as evidence by English folk tales about “the teneey tiny woman who went to the church graveyard to look for a bone”. The ritual of the eating the flesh and blood of their God-man was also one strange European custom pointing to ancient cannibalistic roots. Even the Jews were routinely accused of cannibalism by the gentile Europeans who themselves were cannibals.

The significance of this find is that gradually, what truly occurred in the Americas is coming to light.

Europeans came from Europe via Central Asia and then stumbled into North America. They came amongst a gentle and humble people. They ate out those Indigenous people whom they had not wasted in war, or those they have still not worked to death on different plantations and mines.

So when next they tell you about the Incan cannibals, remember it is just a mind game. The real and truly and confirmed cannibal in history is the European.

The Dark History of Barbecue : Salon /a>