The Celts were originally Black people. Ephorus (c. 405BC) claimed that the Celts were Blacks or Ethiopians(1)The Celts continued to be recognized as Blacks by Tacitus, who wrote about the Black Celts and Picts in 80 AD .(2)

The Iberians were probably conquered by the Ligurians.(5) It is suggested that the Ligurians may be represented by the modern Basque of Spain.(6) The Ligurians took the name Celt.

The Ligurians/Celts were conquered by the Gaulish speaking people. The Gauls conqered the Ligurians and pushed them into Spain. It was these Gauls who imposed their language on the Iberian and Ligurian Celts .

The Gauls were Belgians according to Father O’Growney. The Irish and Welsh are descendants of these Gauls.(7) These Gauls spoke Gaulish or Gaelic.(8)

The Germans conquered the Gaulish-Celts, and Gaulish disappeared around 4th Century AD.

All of the Black Celts in Britain were not erased by the Gauls.

This is supported by the Ivory Lady of York ,England. The reconstruction of the face of the Ivory Bangle Lady (c.350AD) indicates that she was African or Black. 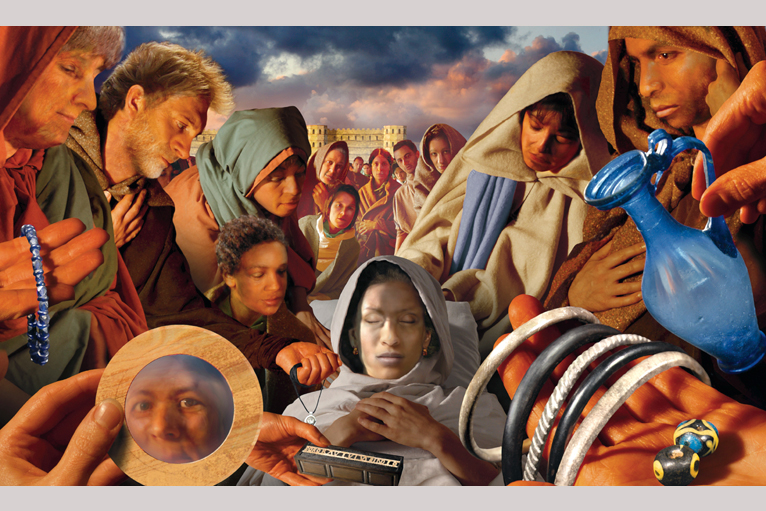 This woman was rich and indicates the African type common to the Bristish Isles.She was highly respected by her white subjects.

The Europeans make it clear that the early Welsh were Black Celts. They were a small black race that came to Britain from Iberia. They were forced off the mainland by whites.

Dr. Masson reported on the Highlanders of Canada. He said they were of the descendants Black Celts. Dr, Masson made it clear these Highlanders spoke Caelic and had African faces. Black Celts 2

William Chamers , in Information for the people, said the Celts were descendants of Blacks who mixed with invading white tribes.Chambers said these Celts were Northern Ethiopians. Black Celts 4

Europeans also make it clear that the Danes were Blacks.