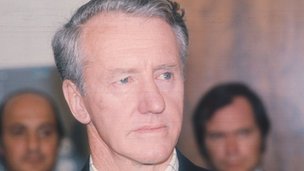 Mr Smith led Rhodesia, as Zimbabwe was known, when its forces battled Joshua Nkomo’s and Robert Mugabe’s guerrillas in the 1970s.

Eventhough most white-owned land in Zimbabwe have been confiscated for redistribution to black farmers since 2000, Mr Smith’s farm, known as Gwenoro, had been left alone.

In what many across Africa will see as the ultimate payback, the Zimbabwean government under their leader Mr Mugabe have finally ordered the seizure of Gwenoro.

Gwenoro was perhaps the most symbolic of all Zimbabwe’s white-owned farms. It was the home of their white-power supremacy in Africa. A reminder of by-gone years, when they lorded it over the natives.

Mr Smith himself was an odious racist, so entrenched in his negative ideology that even the “mother country” Britain was embraced finally into taking action. Britain cut ties with him and pressured the white power-supremacist government of Rhodesia into accepting the principle of major rule, leading to the emergence of Robert Mugabe’s government.

Cecil Rhodes after whom the country was then named was another hate-driven racist agent of the imperialist forces from the west that jointly decimated Africa. Rhodes acted under the authorization of the Royal House of England and the great Banks and trading companies. He led expeditions that left Africans landless and resource less in their own home continent.

Rhodes had dreamed of perpetual white-power dominance in southern Africa, but especially in Rhodesia and Northern Rhodesia where he exercised influence.

All that came to naught thanks to the dogged persistence of the local Zimbabweans and the spirited support offered by Africans globally, those racist intentions were crushed and uprooted out of existence.

Gwenoro was thus one of the last relics of those sad times. Gwenoro was the home of the fervent disciple of Cecil Rhodes, Mr Ian Smith. Gwenoro was where Mr Smith bred cattle and lived for most of his adult life, even after he lost power in 1979.

Gwenoro was where his remains were left. His ashes were scattered there after he died in 2007.

Now the Zimbabwean owners of the land have taken their resource back pursuant to the Lancaster agreement that brought peace to Zimbabwe.

The family farm is back again to the African family.

The farm has been handed over to a local technical college. Many inspired African youths will be trained there. They will help to reconstruct a greater and better Africa of tomorrow. They will wipe away all tears and sad memories. They will build a happier world.

They are the inheritors of the future.

3 thoughts on “Oguejiofo Annu: The farm of former racist white-power leader Ian Smith has been seized by Zimbabwe’s government”