The majority of the Israelite tribes resided under the authority of the House of Joseph which in turn was ruled by the Tribe of Ephraim. Just prior to the expulsion of the Northern Kingdom of Israel in 722B.C.E many Moorish Ephraimites of the House of Joseph fled to Arabia where they became known as the Bani Qainuqa Tribe, while others settled in the Horn of Africa and became known as the Afar (Ephraim). Some members of the Afar were more specifically referred to as the Danakil meaning of the IsraeliteTribe of Dan. read more

The “kingdom” of Angola has been created by Portuguese in order to create a slave supply province for their colonies but also for their slave business interests (selling slaves to spanish for instance). read more 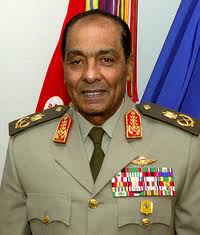 The following is culled from CNN:

Tantawi, who holds the title “field marshal,” received his first military commission in 1956, He was born on October 31, 1935, and fought in Egypt’s 1956 war against Britain, France and Israel. He also served during Egypt’s conflicts with Israel in 1967 and 1973. read more

Switzerland has frozen assets possibly belonging to Hosni Mubarak, who stepped down as president of Egypt Friday after 30 years of rule, a spokesman for the foreign ministry said. read more

Two days of fighting in Southern Sudan between the region’s army and a rebel faction killed 105 people, a southern army spokesman said Friday, in a reminder that violence can still explode in the volatile region despite its successful independence referendum. read more

Fireworks burst over Tahrir Square and Egypt exploded with joy and tears of relief after pro-democracy protesters brought down President Hosni Mubarak with a momentous march on his palaces and state TV. Mubarak, who until the end seemed unable to grasp the depth of resentment over his three decades of authoritarian rule, finally resigned Friday and handed power to the military. read more