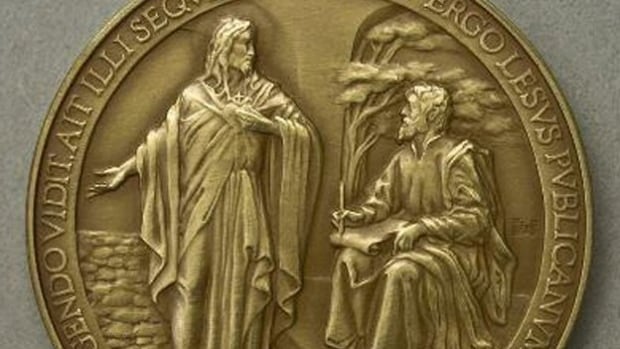 The Vatican has withdrawn thousands of gold, silver and bronze medals minted to commemorate the first year of the pontificate of Pope Francis after discovering it had misspelled Jesus.

A Latin inscription around the edge of the medals minted to mark the first year of Pope Francis’s pontificate referred to Jesus as “Lesus.”

The medals, produced in gold, silver and bronze by the Italian State Mint, went on sale in official Vatican stores on Tuesday, but were withdrawn two days later after the error was noticed, the Vatican Publishing House said.

The inscription is Francis’s papal motto, taken from a meditation by the eighth-century English monk the Venerable Bede, from a passage of the Gospel in which Jesus calls St. Matthew to be an apostle.

The motto on the Vatican website reads: “Vidit ergo Jesus publicanum, et quia miserando atque eligendo vidit, ait illi, ‘Sequere me,'” or “Jesus therefore sees the tax collector, and since he sees by having mercy and by choosing, he says to him, ‘follow me.'”

Before they were withdrawn, four people purchased medals displaying the error, which could fetch high prices on rare coin markets, Italian media reported.