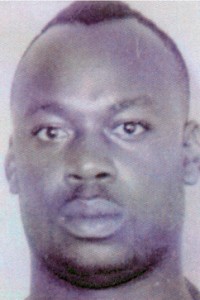 Christopher Coke, Edward Seaga, CIA and the trouble in Jamaica

Although, Christopher “Dudus” Coke is described by the US justice department as one of the most dangerous drug lords in the world, he is a folk hero who rose from the poorer neighbourhoods of Tivoli Gardens, to become a benefactor and protector of the masses.

From his Tivoli Gardens stronghold in Kingston, the Jamaican capital, the 42 year-old is accussed by the “Evil Empire” United Sates, of running a sprawling drug and gun trade network that reaches around the world.

Coke is the son of Jim Brown the founder and original boss of the Shower Posse an infamous political-gang affiliated with the then ruling Labour party of Jamaica (right-wing conservatives).

Jamaica has had the misfortune of mixing rank gangsterism with politics. Since the early 1950s, notorious and dangerous neigbour gangs and associations have been put in place to ensure the political loyalty of those districts. Those gangs turned neighbourhoods into armed garrisons with the conivance of the two politcal parties that have long ruled Jamaica…Labour and PNP.

In the late 1970s and early 1980s, with the rise of cocaine consumption in United States, White Anglo-Saxon American and Jewish drug lords, including the CIA operatives, developed drug production and smuggling networks all over South America, using ethnic faces and local gangs as their fronts.

International American drug lords, including CIA free agents, soon connected with the local Jamican political lords like Manley and Seaga, the two men who more than any other dominated the political arenas of the day.

Mr. Edward Seaga was the representative for Tivoli Gardens, which he considered his personal fiefdom. To enforce his will and perpetuate his dominance, he constructed his own political-militia-army, turned his neighbourhood/constituency into a garrison ran by enforcers, who were headed by “Jim Brown” the father of Dudus Coke.

Seaga, a notorious CIA agent who sold Jamaica to servitude of US interest was given a franchise by the CIA. As his reward, the chief Carribean CIA agent, Edward Seaga was given a free hand in ensuring his perpetual dominance over Jamaican politics in macrocosm and Tivoli gardens in microcosm.

Seaga then built up Jim Brown and his Shower Posse, into the most feared gang on the Island of Jamaica.

Jim Brown and Shower Posse took over the Habour Fronts of Kingston, and controlled the ingress and egress of all drugs and general shipment into the Island.

With that assured source of fund, Jim Brown expanded into other businesses, bought land, and commercial properties. His gang was armed with the best, biggest and the most sophisticated weapons. His name waas feared throughout the Island. He was the Don!

But Jim Brown had a boss. He was the militia general of the Jamaican Labour Party. His boss was Mr. Seaga.

The Death of Jim Brown

Eventually, in the 90s Jim Brown had to tune down his acts cause it was causing embarrasment to his sponsors, who did not want the attention of their higher sponsors.

Economic upheaval of the late 80s, rising nationalism and political consciousness created in the wake of the rise of the Rastafari movement, led to the defeat of the Labour party and Seaga at elections. Mr. Seaga lost his Prime Ministership but he was still the boss and the representative of Tivoli gardens “garrison”.

Noone could change the garrison situation in Jamaica without risking all out war and rebellion. The US did not need all the violence and problems due to its investments in Jamaica. So a mid-way was found where the gangs tuned down their acts and government left them alone.

Eventually, the United Sates Justice Department, noticed that Jim Brown still continued trying to build his network into the growing Jamaica immigrant community which was spreading in the United States.

The Justice Department felt he was making too much money and growing in influence so they tried to shut down his operations. He resisted like all humans would and they made an extradition request for him on the Jamaican government of P.J. Patterson of the then ruling PNP.

After a fierecly fought legal battle, the Jamaican government arrested Jim Brown and locked him up and readied for his extradition to the United States. A few nights before the extradition, fire broke out in Jim Browns jail-room and blazed him to death. It was clear cut murder. Brazenly executed.

Few felt remorse for Jim Brown knowing his records in the war to control cocaine trade in Jamaica.

No-one has ever been arrested for that jail-house murder.

Jim Brown’s son, Christopher Dudus Coke became the new leader of the Shower posse after the death of his father.

Who is Christopher DuDu’s Coke

On the impoverished streets of the Tivoli Gardens ghetto, one of Jamaica’s notorious “garrison” slums, Coke is revered as a man of the people.

He has used his father’s vast wealth, as well as his own wealth to improve the life of the common people. He provides social welfare, schools, industries that provide jobs, and hospitals in the local community.

Where the government has failed the people, he has filled the gap.

His patronage has brought him a passsionate following of slum-dwellers who have vowed to protect him at any cost.

He is known as a modest man who has shied away from the showmanship associated with many Jamaican kingpins, Coke rarely speaks to the media or makes public appearances. But then the alleged leader of the “Shower Posse, who went out of his way to avoid attention, attracted the unwelcome gaze of the US Justice Department from further afield.

US authorities accuse him of continuing on with his father’s international drug and guns network.

He is accussed of heading a ruthless and violent global network of criminals that has sold crack cocaine and marijuana on the streets of New York.

Like they did with his father, the US Justice Department has demanded his extradition so that he could be put on trial.

The Judgement of the Labour Party

The current Prime Minister of Jamaica is the sitting political representative of Dudus Coke’s constituency. Coke is the militia-general working for the interest of Bruce Golding and the Labour Party.

Coke gets the work done. He delivers the votes. But he is also sophisticated and wary.

He has slowly managed to turn the tables on the politicians, getting them indebted to his services and his voting block. He is one of the political machines of Jamaica.

As such, he exerts great political influence over many politicians including people like Bruce Golding, the Jamaican prime minister, who owes his seat in the parliament to Dudu’s Coke.

Golding had for months resisted US demands to extradite him.

The US authorities then brought such an incredible pressure on the Jamaican ruling elites to deliver the head of Christopher Dudus Coke, dead or alive, that last week even Golding bowed to pressure and vowed to arrest him.

In doing so, he has severed political ties with one of his most powerful backers. Golding has also dared the panther.

While many of the residents of Tivoli Gardens voted for Golding, their loyalties lie firmly with Coke, and they have vowed to defend the alleged kingpin with their lives as Jamaican forces hunt for him.

One thing is clear, the situation could very easily get out of control and engulf the entire Island, as Dudus has become a huge political machine across Jamaica.

Mythology has it that Dudus will stay in Jamaica and make his last stand there as a free man rather than be taken to rot in the United States, or worse, to die like his father, burnt to hi death in a lonely jail, away from his loyalists.

Or perhaps he will head for the hills, and throw up a hurricane, like the maroons!

This is Oguejiofo Annu… for Rasta livewire

One thought on “The Tivoli Gardens Uprising 2010: Christopher Coke, Edward Seaga, CIA and the trouble in Jamaica – Oguejiofo Annu”