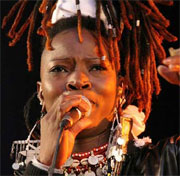 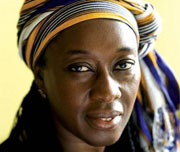 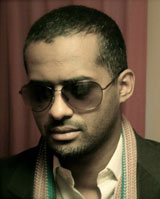 Simphiwe Dana (born 1980) is a Xhosa pop singer in South Africa. With her unique combination of jazz, pop, and traditional music, she has been hailed as the "new Miriam Makeba".

In a global music world brimming with solo female performers, Lira stands out as that rare thing: an artist who has been able to create a formidable career without compromising the very values that feed her creative soul.

This may not sound like much but cast around the current charts and it becomes clear that Lira's ability to retain a deep sense of integrity whilst selling Double Platinum and raking in the awards is not commonplace.

For this 30-year-old, it's a no brainer. "If something doesn't resonate with me, I won't do it," she says simply. "I have to really connect with the words that I am singing or the statements I am making or the clothes that I am wearing - or else I'd rather not be in this."

When Somi was growing up, her mother told her that the rain, ever unpredictable, could be as much a blessing as a challenge. The blessings might come before the rain, or they could come after--it's all in the timing, she said. That notion has stayed with the charismatic singer and songwriter all her life and now provides a metaphorical focus for her third album, If The Rains Come First. The album, which releases October 13 on ObliqSound, is a stunning collection of self-penned story-based songs, a meditation on opening ourselves up to life's blessings and challenges much in the way that we accept the rain and all that it brings.