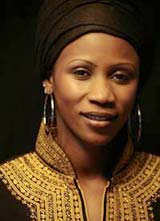 Sister Fa is the outstanding queen in the competitive male dominated world of Senegalese hip hop. She has been around for almost 10 years with her powerful flow, bewitching melodies and conscious female powered lyrics.

Sister Fa entered this world in the early 80s in Dakar, the vibrating capital of Senegal.

She took her first steps in music back in 2000 by getting acquainted with the local rap scene and recording her debut demo-tape. Nourished on the energy and creativity of West Africa's Hip Hop metropolis, she injected these into her own music with inimitable artistic expression. Her urbane vitality has its roots in the Casamance in Senegal's south. Rich musical and cultural traditions from her family's native country have significantly influenced her artistic output, lending it a uniquely personal note. 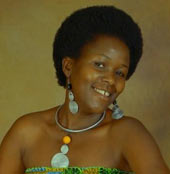 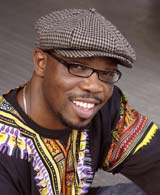 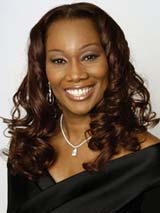 Ever since her late-`80s debut Just As I Am, Yolanda Adams has triumphantly carried the torch for contemporary gospel and inspirational music via 12 glorious albums. Stunningly beautiful, exceptionally educated, filled with the spirit and blessed with one of the most powerful voices in any genre of music, this Houston-native and one-time school teacher has been a stately beacon of God’s light, earning numerous accolades and awards for her shining efforts, including the first American Music Award for Contemporary Gospel Artist, four Gospel Music Association Dove Awards and four National Academy of Recording Arts and Sciences Grammy® Awards (including 1999’s Best Contemporary Soul Gospel Album for Mountain High…Valley Low which featured her secular breakthrough hit “Open My Heart,” and 2005’s Best Gospel Song for “Be Blessed,” for which she was a co-writer).

Africa Resource proudly presents Philippe Dodard, an internationally acclaimed Haitian artist who lives and creates from his home in Haiti. As one of Caribbean's leading contemporary artist, his success demonstrates the visionary power of Haiti visual art that has continued to command international attention. The current exhibition by Africa House, Philippe Dodard: Spirit of the Caribbean provides an unprecedented opportunity to experience and purchase the recent works of one of Haiti’s most celebrated artist Mr. Dodard in upstate New York. His international success demonstrates the visionary force of Haiti’s art as well as the artistic fluency, perception and depth of this artist.

Kwasi Wiredu is one of the foremost African philosopher and intellectual in the field. One of Wiredu's most prominent discussions revolves around the Akan concept of personhood. He believe this traditional framework hosts a two part conception of a person. First, and most intuitive to Western conceptions of persons, is the ontological dimension. This includes one's biological constitution. Further, Wiredu states that the second dimension, the normative conception of personhood, is based on one's ability to will freely. One's ability to will freely is dependent on one's ethical considerations.