When Somi was growing up, her mother told her that the rain, ever unpredictable, could be as much a blessing as a challenge. The blessings might come before the rain, or they could come after--it's all in the timing, she said. That notion has stayed with the charismatic singer and songwriter all her life and now provides a metaphorical focus for her third album, If The Rains Come First. The album, which releases October 13 on ObliqSound, is a stunning collection of self-penned story-based songs, a meditation on opening ourselves up to life's blessings and challenges much in the way that we accept the rain and all that it brings.

Mireille Urumuri, nicknamed Mimi by her friends, has recently graduated from Michael Howard Studios’ summer conservatory in Manhattan (NYC) where she honed her skills at an institution where her role models (such as Kerry Washington) once studied. She discovered her love for the performing arts at four years old while living in Spain with her family. At the time, she wanted to become a Flamenco dancer, but at six, when her family moved to Canada, she fell in love with acting and committed to the art, ultimately attending the Montreal School of Performing Arts. There, the Rwandan born multi-talented African Canadian actress cultivated her passion.

'Everyday is a new world'

Rotimi came to Ireland in 2000 and went straight into community development work in the midlands. By 2004 he was elected onto Portlaoise town council and in 2007 caught the world headlines as mayor of Portlaoise. In the June 2009 local elections, Rotimi retained his town council seat and went on to secure a seat on Laois County Council. 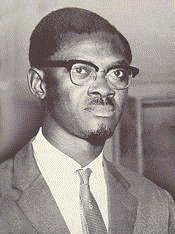 African nationalist leader, the first prime minister of the Democratic Republic of the Congo (June-September 1960). Forced out of office during a political crisis, he was assassinated a short time later.

Lumumba was born on July 2, 1925 in the village of Onalua in Kasai province, Belgian Congo. He was a member of the small Batetela ethnic group, a fact that was to become significant in his later political life. His two principal rivals, Moise Tshombe, who led the breakaway of the Katanga province, and Joseph Kasavubu, who later became the nation's president, both came from large, powerful ethnic groups from which they derived their major support, giving their political movements a regional character. In contrast, Lumumba's movement emphasized its all-Congolese nature.