Maker Faire Africa 2009, in Ghana had a great cross section of Makers from a great range of disciplines, we hope to do the same and better in 2010, in Kenya.

If you are interested to show your work at Maker Faire Africa 2010 please contact us and tell us about your work and what you would like to show. The Faire will be held in Nairobi, Kenya on August the 5th to 7th. 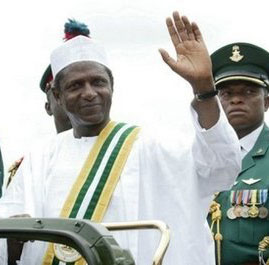 Paula and Peter Imafidon are just like any other 9-year-olds. They love laughing, playing on the computer and fighting with each other. What sets these twins apart from their peers, though, is that they are, hands down, prodigies who are about to enter high school and make British history as the youngest to do so.

These precocious London-based tykes, known as the "Wonder Twins," floored academics a year ago when they aced University of Cambridge's advanced mathematics exam. They are the youngest students to ever pass the test.

BRAZILIAN President, Luiz Inacio Lula da Silva, has paid tribute to former Brazilian slaves from West Africa, who bought their freedom and returned to settle in Ghana in the 19th Century.

Officials in Senegal have been swift to offer their country’s aid to help Haiti, but some Senegalese question elements of the proposal.

A BBC News report of January 11, 2010 announced the discovery of a complex of tombs near Egypt’s great pyramids—Khufu (Cheops) and Khafre (Chephren). The tombs, made from bricks of dried mud, date back 4,500 years. Zahi Hawass, the chief archaeologist heading the Egyptian excavation team stated that evidence from the site shows that the workers were employed for three-month stints, and the tombs, which date from the 4th and 5th Dynasties (2649-2374 BC), were for those who died during construction. Additional evidence also revealed that the approximately 10,000 workers who built the pyramids had eaten 21 cattle and 23 sheep sent to them daily from farms in the Delta and Upper Egypt. Scholars in the excavation team seem to think that this suggests the farmers who sent the animals were not paying their taxes to the Egyptian government, but were sharing in one of Egypt's national projects.

MBABANE, 25 February 2010 (IRIN) — The High Court of Swaziland ruled on 23 February 2010 that some married women will be allowed to register property in their own name. It has been five years since the new Constitution granted women equal status, after centuries of being classified and treated as minors.

Read more: Swaziland: Some women Can Now Own Property
Empty

What are Bush and Condi really doing in Nigeria? In the article "Presidency Jittery Over Suits Against Jonathan," written by Iyobosa Uwugiaren and Golu Timothy, Abuja on Sunday, 21 February 2010.