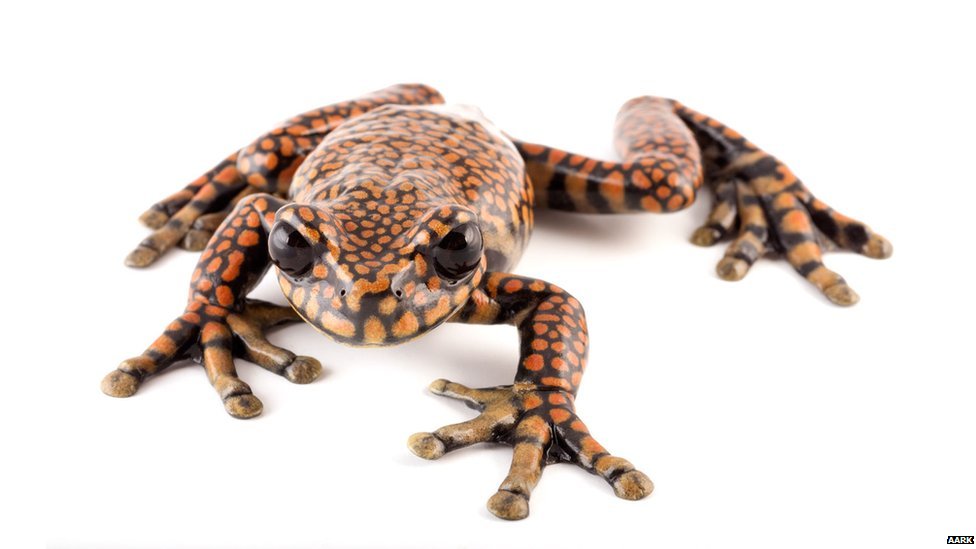 A newly discovered tree frog has been named after Prince Charles in recognition of his charity work to protect their rainforest homes. Hyloscirtus princecharlesi, or the Prince Charles stream tree frog, was first discovered by Dr. Luis A. Coloma in 2008 amongst specimens collected for a museum. A subsequent expedition in the Cotacachi-Cayapas National Park, Ecuador, found limited numbers of the frogs after areas of the forest were cleared for agriculture. Two juvenile frogs are now being raised in captivity as part of the Amphibian Ark project in the hope they will breed and eventually boost populations in the wild.

Editorial Comment: Perhaps if you stare at it long enough, it will turn to Prince Charles of the house of Windsor England.

Perhaps if the princess kisses it….