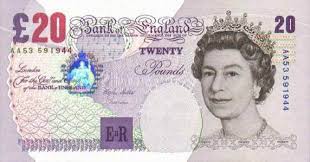 No, the Queen of England is no figure head. She is the real thing. And England is a monarchy, not a democracy.

Don’t be fooled about the Queen of England. She was never and is definitely not just a figure head, even if they seek to brainwash you to believe that.

Money is power. The Queen of England has all the money. Thus, she has all the power, cause her picture is on the paper note of the world’s most powerful currency. She is not just rich, she has her own money! Her very own money, her own “toy monopoly money” call the pounds sterling, the most sought after currency on earth.

Do you think she receives a royalty for the use of her picture on each pound note? Would you be able to assess that royalty?

Do you know who owns all the servants, workers and slaves in this present world? Do you know the woman clothed in rouge sitting like a drunken whore on the beast of the apocalypse?

5 thoughts on “Is the Queen of England just a figure head? – IronLion”