What Africans do inherit from Past and colonialism – by Adama Diallo

We do not know who we are, our identities have been changed said Algerian President Bouteflika stating the consequences of colonialism on Africans.
Once you start talking about civilization and identity most “educated” Africans withdraw with horror as they fear you propose them to go back living under the hut next to a pond. read more

It is all political gangsterism going wild. Boko Haram was a local Islam inspired, political-robin hood type of movement. Similar to Egypt’s Islamic brotherhood in its early days. Starts out with good intentions then gets subverted by politicians and area god-fathers. read more 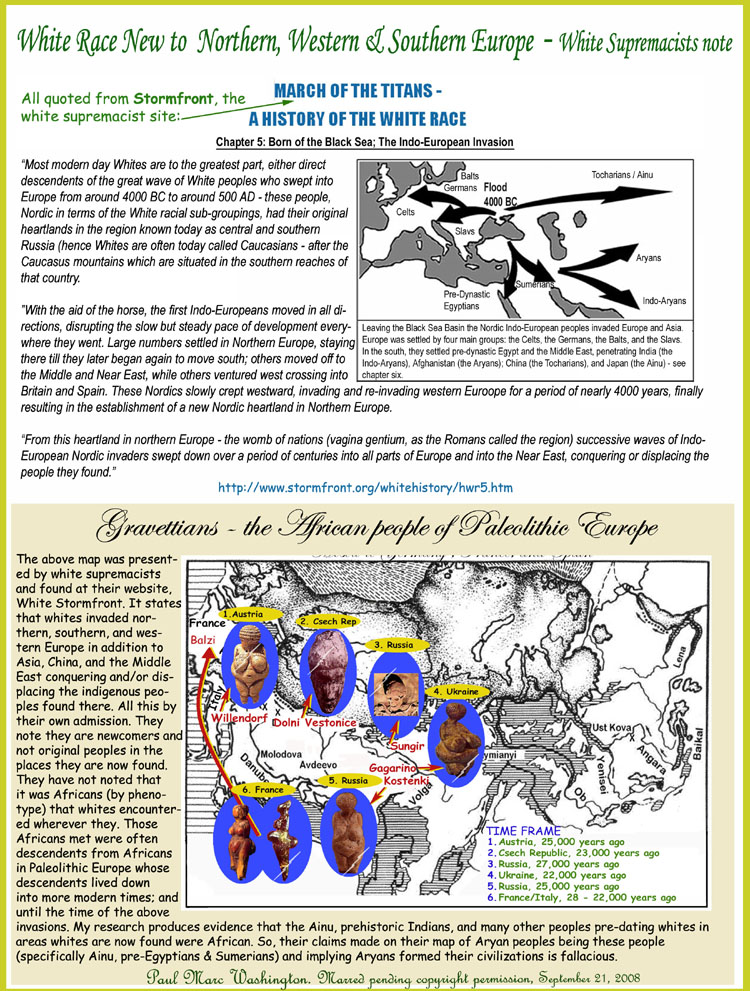 The Celts were originally Black people. Ephorus (c. 405BC) claimed that the Celts were Blacks or Ethiopians(1)The Celts continued to be recognized as Blacks by Tacitus, who wrote about the Black Celts and Picts in 80 AD .(2) read more

One of the biggest public relations hoaxes ever perpetrated by the British Crown, is that King Edward VIII, who abdicated the throne in 1938, due to his support for the Nazis, was a “black sheep,” an aberration in an otherwise unblemished Windsor line. Nothing could be further from the truth. The British monarchy, and the City of London’s leading Crown bankers, enthusiastically backed Hitler and the Nazis, bankrolled the Führer’s election, and did everything possible to build the Nazi war machine, for Britain’s planned geopolitical war between Germany and Russia. read more

Since the beginning, there were also Muurish aboriginals in the area known as Germany today. Those were descendants of archaic or neolithic Africans who had brought the human seed, culture and agriculture, from Africa into Europe via the Levant, Anatolia, and Spain. read more