Empty
In order for one to understand America today, one must address slavery. Also known as the peculiar institution, slavery benefited the economies of the first world because it stole and traded African people, whose labor the plantation owners, governments and corporations exploited for their own objectives. This piece takes a closer look at Willie Lych, a white plantation owner, and one of the major players in the institution. "The document called the Willie Lynch Doctrine was distributed to all the other plantation owners and Politicians across United States instructing them on how to transform a man into a slave. This doctrine served as the basis for the current self-destructive life lived by many young men today, where you cause your own demise and train your children to do the same. This never ending cycle produces a false reality that you grab hold to and base your whole life from for example, you must be either be a "Thug" "Gangsta" "Drug Dealer" and nothing else!"

Straight Lynching: A Modern Interpretation of The Willie Lynch Doctrine 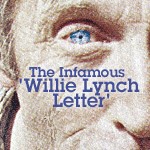 I know you have heard the term "lynching" before, your favorite rap artists' uses the term or you might even like the rap group "Lynch Mob". But, very few of you know who Willie Lynch is. Willie Lynch was mysterious 18th century business man considered to be an expert slave handler. The term "Lynching" originally referred to the hanging of a black man and was named after Willie Lynch who acted as a consultant to the wealthy plantation owners who were also the politicians of the time in the United States. Willie Lynch developed the process of breaking a slave, a technique for taming and subduing a man to behave like a slave similar to the process of taming a wild horse or the art of slave making. The process was designed to enslave the mind of the black man making him easier to control physically and having the black woman raise her children to eat out of the slave masters hands, so the speak the same as a pony. If the process was done correctly it would create an endless supply of easy to control slaves who would take whatever identity their master gave them.

The document called the Willie Lynch Doctrine was distributed to all the other plantation owners and Politicians across United States instructing them on how to transform a man into a slave. This doctrine served as the basis for the current self-destructive life lived by many young men today, where you cause your own demise and train your children to do the same. This never ending cycle produces a false reality that you grab hold to and base your whole life from for example, you must be either be a "Thug" "Gangsta" "Drug Dealer" and nothing else!

I know you don't want to hear about slavery and while slavery is only a small part of black history, sadly that is the only part that is taught in schools of America. In reality Black people have had the richest history of all people on the earth but of course you didn't learn that even when you do learn history the faces are changed not to reflect your own face. Slavery has always existed but it is only in America where slavery was defined by race. How many of you know anything that happened before 1492? Research and find out about the Egyptians, the Moors that would be a good start.

Now, what does the old ass Willie Lynch Doctrine has to do with your situation today? In order to solve your problems you have to have a proper overstanding of it. So yes history is very important even Willie Lynch warned the slave owners of this fact. The only way to reverse the process is to restore your true self-image forget about images you see on TV look into your-story and stop believing his-story the future is linked to the past. He, who controls the past, controls the present, he who controls the present controls the future. So we need to control the past, by that I mean find the true history, then your present will change and you will get a new future.

The doctrine uses the basic principles of brainwashing and mind control which are very real and not just in the movies. The mind works much like a computer you can ease memories, upload new behaviors and program emotional reactions. When dealing with the human mind there are set techniques used to destroy or implant a response. For example, a guy that beats on his girl probably got beat up as a kid or watched his moms get beat on. Or take suicide bombers; there you see how powerful the mind is when it believes in something. So if you believe you came from slaves and you believe that God or Jesus is a white man with blonde hair and blue eyes or even if you don't believe it but you see it everyday it gets engraved into your sub-conscious then it will be hard for you to kill a white man because he looks just like your God but its mad easy for you to kill a man that looks like you. It will also be hard for you to be an intellectual, a king or a God because your brain can't reference any examples to model itself after.

The Willie Lynch Doctrine instructs slave owners to use public torture and humiliation to create fear in the black man and destroy the male image in the mind of the black woman. Back in the day they used to tie each leg of a black man to a horse, then light him on fire and have the horses pull him apart in front of his woman and all the other african captives. What they do today is shoot Amadu Dialo with 72 bullets, beat the crap out of Rodney King, or have the police cram a plunger up your ass and lock 20 percent of you in jail. But, instead of having all the slaves gather around to witness it, they just broadcast it on TV and get the same result which is the destruction of the Black Male image that all the people witness. These televised images result in the black woman feeling like she can't depend on the black man and it produces "independent women" but independence is not natural in nature.

Naturally, the man depends on the woman and the woman depends on the man. So the woman raises her sons to be physical strong so that he is not destroyed physical, but mentally week and her daughter to be independent and mentally strong just like she is because she now has to survive without her male counter part. That's why she says "I don't need no man" and " I pay my own bills" not that there is anything wrong with that but it screwed up the natural harmony between black man and black woman. You don't hear any other race of woman saying they don't need a man, do you? In today's society the black man stands behind his woman financially, psychologically and emotionally. She has higher education and makes more money than him. Again not that we're hating but the black man has less education, less money and more are in jail, but he creates these physically intimidating images like "thug" "Gangsta" "Drug Dealer" but under all that he is really weak. These are the only images feed to the young so they imitate the male image they see on TV and on the block ! that's the "self orbiting sphere" Willie is talking about or "! self-destructive phenomenon". But the young men who are able to get some real education and are able to grab onto some type of positive self image then it all changes and that young black man does not fall into the trap.