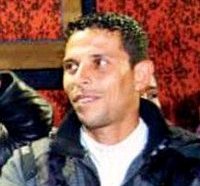 His plight echoed the hapless fate of so many thousands and thosuands of young Tunisians, seduced by the promises of western education, yet frustrated and thwarted by a visionless, un-productive, corrupt power structure which dominated the country and suffocated creativity and innovation.

The power-elites of Tunisia are indeed guardians and door keepers for the elites of the vampires of the western society. They manage the plantation on behalf of the absentee landlords who own the bonds, the shares and the all other wealth generating resources.

So Mohammed Bouazizi became an itinerant vegetable and fruit vendor in other to keep body and soul together without resorting to criminality. This was despite his university degree. That is like working as a flea-market trader after graduating with an M.B.A. from an elite university.

But the powers of the vampire system entrenched in Tunisia would not let him be. The law demanded that he needed a license in order to pursue even so lowly a livelihood. He could not hawk fruits and vegetables to keep body and soul together unless he was able to pay a ridiculous sum of money to corrupt city officials as administrative fees for the license he was required to have.

All that sounds good and fine until one asks where the supposedly indigent, unemployed, penniless university graduate was supposed find this money for this license. A catch-22 situation.

So he took a chance, and began hawking his wares which he had bought on credit from kindly neighbours. He had also taken out loans from his friends and family to buy the used fruit-cart that was to serve as his place of business. He might have hoped perhaps to begin paying down his loans as well as the license fees after making some sales and saving up cash.

Alas that was not to be. The police accosted him on his first day out working. He was told that even that business outlet he was hoping on, was denied to him as he did not have a vendor’s licence. He begged for time from those officials but they laughed after him.

They then took all his wares, and took down his cart and hauled everything away. The fruits would be shared by the Police thugs, the cart would be kept until reclaimed upon the payment of a penalty as well as the license fee. Bouaziz stood there and watched his livelihood destroyed in a twinkle of an eye.

And they slapped him and beat him up when he bothered to voice his protest. Maybe because they thought, he was just another faceless black Tunisian.

And they took his cart away. What was he to do, in the land of his birth, the home of his Muurish ancestors. No food, no job, no buying or selling without the licnese of the beast, just hunger, cold and despodence. Ofcourse there was always the prison, with its violation of the human spirit waiting for those youths who dared to turn into criminality.

Then the angel of judgement who had been watching this whole incident possessed the heart of Mohammed Bouaziz. And outrage became incensed, and a fire was kindled in his heart. A fire so strong it would burn down everything….

So Mohammed went home and got a gallon of gas. And he went and stood in front of sumptious mansion of the rich, fat governor of his home region, he doused himself with petrol gas and set himself on fire.

And passerbys captured the image of this young man buring in a raging fire of mental and spiritual frustration… It was on youtube and Tweeter, Google and ten thousand blogs. And the world saw the unseen fires, daily destroying the youths of Tunisia and Africa as a whole. Mohammed incidentally did not die in the fire. After suffering third degree burns to 98% of his body, he survived another gruesome three weeks in hospital before succumbing to his wounds.

At first the youths of his home town protested in rage and began burining cars and tyres and buildings. The police tried to stop them.

The Mohammed finally died an agonizing death after three weeks in the hospital.

During his burial in his home town of Sidi Bouzid, the youths chanted chants of war and vengenace. Ths government shook, the fire kept on burining. There were more protests.

During Bouazizi’s funeral, it was reported that marchers chanted “farewell, Mohamed, we will avenge you. We weep for you today, we will make those who caused your death weep.”

The fires began to blaze much more intense after his burial.

At first, protests overtook his home town, Sidi Bouzid, a town in the agricultural interior that had clearly not benefited from Tunisia’s economic growth, created by tourism, foreign investment and a small reserve of oil.

Then it spread to other cities and towns of Tunisia.

Soon they grew closer to the capital.

By this week, students were openly burning posters showing the face of Zine al-Abidine Ben Ali, the president and chief gate-keeper of Tunisia. A venal self-promoting little man, this politician had been in the thick of Tunisian government for more than 50 years. He had been president for 23 years achieving nothing for his country but deeper enslavement in IMF and western financial bondage.

The police had killed 23 by their own account, at least 66 by Thursday morning by that of International Federation of Human Rights Leagues, a France-based group.

The students then resorted to the use of fire bombs, and sometimes small arms. Chaos was spreading…the fire set by Mohammed kept on burning.

Then Mr Ben Ali began getting criticisms from the nervous absentee landlords in Europe watching the going ons in the plantation.

Then Mr Ben Ali blamed and fired Mr. Rafik Belhaj Kacem as interior minister – the position he himself held when he seized power for overreaction to the protests.

Mr Ben Ali also announced that all protesters who were not guilty of crimes would be freed.

But by then students were no more afraid of the police and other security agencies. Police curfews were routinely ignored, and the shooting.

On Thursday night, outraged citizenry of Tunisia all across the demographic spectrum came out and moved to the centre of the capital demanding the resignation of the government and the presidency.

It appeared that the entire regime, was under direct threat. The power-elite made a quick concession. The chief front man Ben Ali president of the republic was to be sacrificed.. as an effort to control the fires that Mohammed Bouaziz first lit.

On January 14, President Ben Ali fled the country amid escalating violence and opposition….

The entire Africa and middle east is taken by surprise. Strong men and presidents are quietly sweating it out and considering their counter strategy. The commentators say this fire has the potential of blazing outside the borders of Tunisia as it moves like forest firestorm to burn down the oppressive power structures of Africa and middle East.